Xolo is preparing to launch their another Quad Core powered handset under their Q-Series as XOLO Q700. Company has been regularly posting updates about their upcoming phone on their Facebook page or we should say, it is teasing about this upcoming handset. The handset is already listed on Flipkart with coming soon status however, there is no details about launch date and pricing. 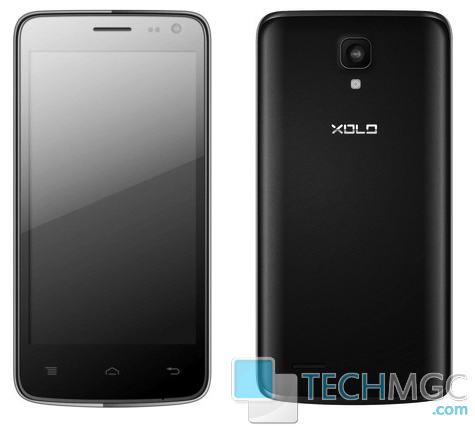 Earlier in the March company had launched XOLO Q800 with quad core processor and this one looks no different with slight changes in its specifications. The new XOLO Q700 is powered with MediaTek MT6589 SoC with quad 1.2 GHz Cortex A7 CPU and has 1GB of RAM and for has 4GB of ROM with microSD card slot for memory expansion upto 32GB. It has been equipped with PowerVR SGX544 graphics processor to take care of all display need. It has 4.5 inch display similar as we saw in XOLO Q800 screen size of 4.5 inches IPS display with qHD 960 x 540 pixel resolution (which give resolution of about 244ppi which is impressive enough).

Coming to its camera, it boasts 5 megapixel of primary camera with BSI CMOS sensor which is supposed to make itgood for low light capturing and has 0.3 megapixel of front camera. It is also loaded with a LED flash light for making your pictures beautiful in dark along with digital zoom facility in the camera.

In the term of dimension, this device measures 67.5×135.8×10.2 mm. Like most of the other devices, it also support dual sim with dual standby feature. In the arena of connectivity, the phone has 3G suppport with 21 Mbps over HSDPA and 11 Mbps over HSUPA and has inbuilt WIFI. Bluetooth is also one of the connectivity option with this device.

To provide power to all above hardware, this device is packed with 2400mAh battery which provides talktime about 16 hours over 3G and 17 hours over 2G which is quite nice considering it is a smartphone and generally we do not get that much good backup / talk time.

As per rumours, the expected price of the device is around Rs. 10000. We will update you as soon as we get full details.