Reliance Jio 4G commercial launch has been delayed repeatedly, earlier it was expected last year then was delayed. Later it was anticipated in first quarter of year 2016 but again delayed.

But RJIO preview offer has made it easy for everyone to get taste of 4G speeds throughout India. Today we are testing Reliance JIO 4G LTE network speed in Agra, Uttar Pradesh. Although initial testing on some part of the country showed speed upto 60-70mbps but that was too early. Now as per Reliance Jio, there are more than 1.5 million users using their network already. Although it is nothing as compared to RJIO’s plan to have 1 billion user online, but still tests made now should give more logical results.

We will start with speedtest.net which is worldwide standard for gauging network performance. We have made two tests, afternoon and then in the evening to see if timing of a day can effect performance.

The afternoon tests:
Our first test server is from True Broadband, Ghaziabad which is suggested by speedtest.net as closest. We got about 9 mbps download and 4 mbps upload speed averages. Then we went on choosing another provided by Nextra Teleservices Pvt. Ltd, Gurgaon. However it was not very good, only 3.49 mbps download and 3.79 upload speed. Apparently link between RJIO network and Nextra is not that healthy. 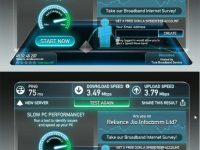 RJIO speed test at Noon with Nextra from Gurgaon and True Broadband Ghaziabad.

That was the speedtest.net, now we will now try some torrents to see if that makes any difference. Added few torrents of popular Linux distribution like Ubuntu, Linuxmint etc. Allowed torrent client to run for a while as it takes few minutes for torrent to attend potential download speeds. 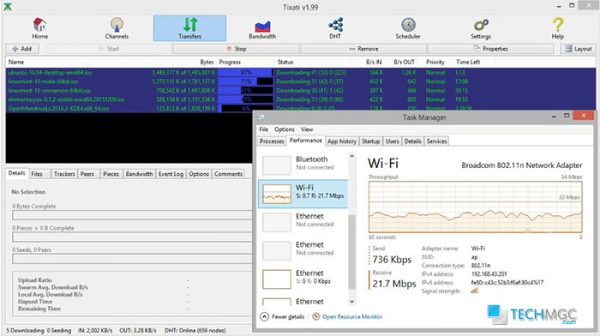 As you can see above, screenshot, using torrent we were able to achieve around 20mbps average download speed. 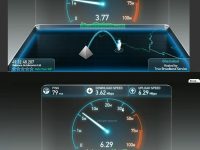 Now let us try using some torrent downloads. Again allowing the torrent client to run for few minutes. So here are the results. 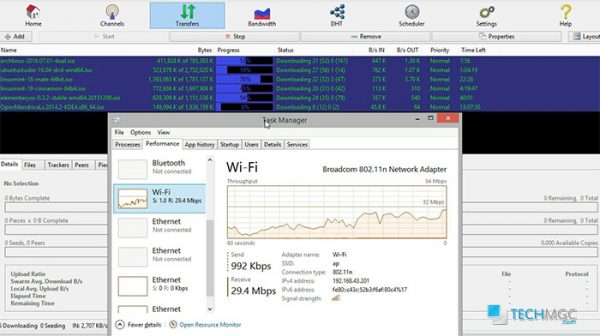 Surprisingly speed were better than afternoon in both speedtest.net results as well as torrent downloads. This time torrent gave us about 25mbps of average download speed.

Although as discussed already, there are more than a million users using RJIO network but still its no where near its full capacity. Technically we should see drop in thorough output as number users grows on network. Hopefully will be far better than other current providers.

Also we hope whenever Reliance Jio network is commercially launched, it will change the way we see internet ecosystem in India and will end the practice of exorbitant data services charges which been adopted by almost all ISPs in the country.