BSNL has revised the download speed after Fair Usage Policy Limit from 512 kbps to 1 Mbps for all existing and new unlimited FUP Broadband Plans from August 1. The download speed before FUP limit and data usage has also been increased in some of the existing broadband plans.

Now for basic Unlimited plan ie. BBG UL 545, you get increased 2GB data at 2mbps speed (earlier it was upto 1GB only) and after reaching FUP, it is 1 mbps unlimited. Similarly, BBG 675 plan now gives 2GB pre-FUP data and after that 1mbps unlimited data. This means, now on BSNL, you have 1 mbps unlimited broadband connection starting at Rs. 675 (excluding taxes).

Their all high speed plans also get 1 mbps unlimited data after FUP. Although it was in news earlier but they have only recently updated their tariff page. 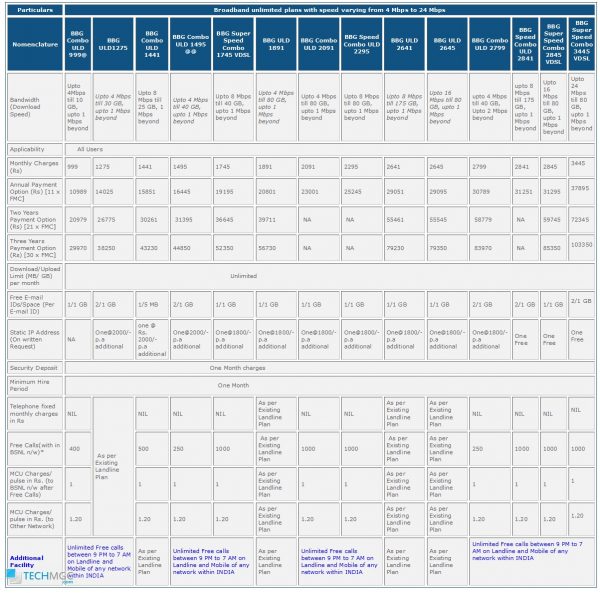 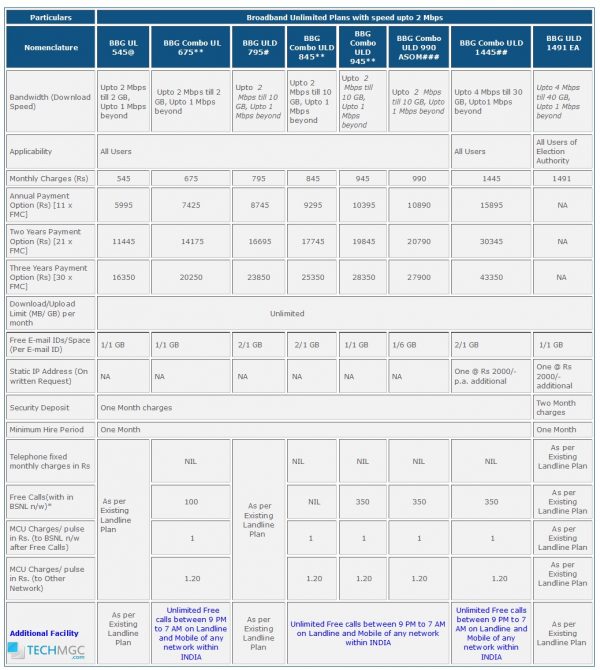 These changes should come as relief to those who have BSNL as only means of accessing broadband. Still there are many areas in India where BSNL has the monopoly terms of broadband services and there is no competition. However, what we see here is probably Reliance Jio effect because they have covered almost whole India and because of the nature of technology they are using (4G LTE) it will not be hard for them to reach even remotest area in India.

Although Reliance Jio is still not commercially launched but their PREVIEW OFFER with unlimited data and calling is already making waves and causing operators to cut their prices. This move from BSNL was highly anticipated and should force other broadband players to revise their tariff too.