LG Corporation, counted among one of the leading conglomerate worldwide is in shores once again. A new element which was expected to roll out later this month has been surfaced online. The name of this element is dubbed as LG Optimus L9 II. This L range of smartphone series is quite popular among the smartphone lovers as it boasts coast effective smartphones from LG. 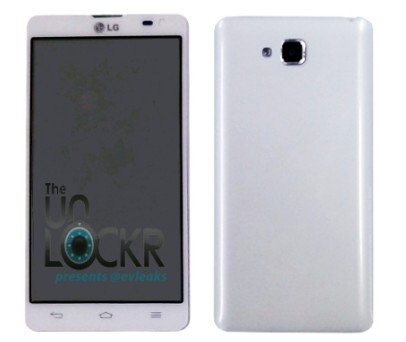 Some of the well known smartphone under LG Optimus L II series includes Optimus L3 II and L7 II, the Optimus L5 II, L4 II Dual which went on sale in India last month and the entry-level phone L1 II was announced earlier this month. Now evleaks has leaked the press image and the specifications of the L9 II, the successor of the Optimus L9 that was launched last year.

As per the images and speculations all around, this device will sport 4.7 inch of Capacitive touch screen display with 1280 x 720 of pixels resolution. Software wise, as all the devices under the LII series sails on Google Android operating system so we can expect the same for this device. It may run on Android 4.2 or Android 4.3 jelly bean operating system powered with a snapdragon S4 MSM8320 dual core processor running at 1.2 GHz. To enjoy the best experience of graphics on this device it will be equipped with Adreno 305 GPU card. As per the rumors, in terms of storage, this device will include 1GB of RAM, 8GB of internal memory which can be expanded up to 32GB via mciro SD card slot. Enumerating it’s photography specifications, from the sources we came to know that it will be equipped with 8MEGAPIXEL of primary camera with LED flash and BSI sensor and on it’s front it will support 1.3 MEGAPIXEL of front facing camera for video calling.

Connectivity wise, it will comes with some of the usual connectivity options like 3G, WiFi 802.11 b/g/n, Bluetooth, GPS / aGPS and a 3.5 mm audio jack. To power it up, this device will be equipped with 2150mAh of battery which claims to deliver a decent amount of talktime as well as standby time.