Xolo Mobiles, who became popular in the gadget industry by introducing it’s first smartphone with the power of Intel inside. Xolo has added one more device under it’s Qaud Core range of Smartphones. This new device is named as Xolo Q1000 and it will be available for sale in the upcoming 2-3 days. 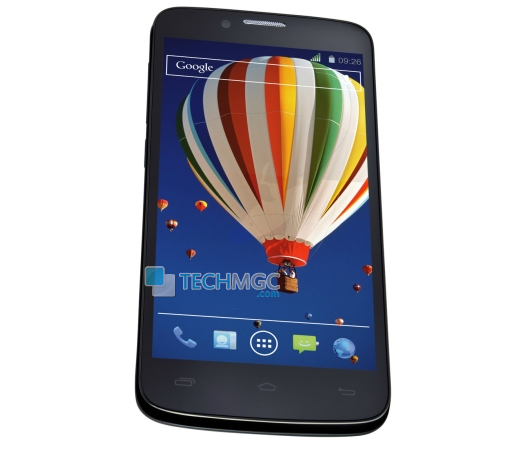 It looks like company is working very hard to enhance it’s market value in the Smartphone industry. Has been in news continuously for the past few weeks regarding it’s new launches and tons of rumors in terms of new features and upcoming devices has given them nice publicity already. And to continue the same to hold this fame, Xolo launches Q1000 with high end configuration. Moving towards technical details and specification of Xolo Q1000 , in terms of display Xolo Q1000 sports a huge 5 inches of IPS Touch screen display with 1280 x 720 of pixels resolution. Large screen size smartphones seems to gain a lot of popularity in the gadget industry even though to use 5 inch of screen size device as a mobile phone in daily life will be quite uncomfortable and lacks portability. Apart from the screen size, this device supports a scratch resistant Dragon Trail Glass to protect the device from scratches and claw matches. It also support finger touch up to 5 point which makes multitouch gaming more vivid and enjoyable. This device also supports Dual Sim with Dual Standby technology (GSM+GSM).

Dealing with it’s Platform dependency, this device runs on latest Android v4.2 Jelly Bean Operating system powered with a Quad Core processor at a clock speed of 1.2 GHz. Opening it’s graphics unit, company has equipped this device with PowerVR SGX544 GPU card support. In terms of Photography Specifications, Xolo Q1000 has been offered with both the primary and secondary snapper options. On it’s back, it support a primary camera rated at 8 MEGAPIXEL with autofocus, BSI and CMOS sensor technology. On it’s front, this device support a secondary camera rated at 1.2 MEGAPIXEL for video chatting.