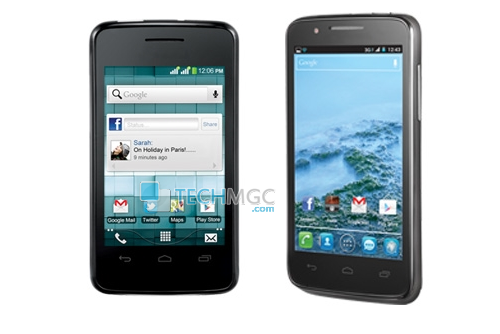 Both these handsets Idea ID 920 and Aurus III smartphones occupies their land in the low price segment of mobile phones available under budget smartphone category. With it’s Aurus and ID ranges of Smartphones, Idea is trying to lure their customers to offer 3G powered devices at an affordable price range with bundled data and voice package. And to continue the same, company has offered a special data package along with these devices as addon to the users (to surf Internet for their users). To enjoy the fun of this data package, Idea customers need to buy a recharge of Rs 261 through which they get the benefit of using 1.6 GB (1GB for ID 920) per month for 3 months on 3G/Unlimited data on 2G for first 3 months and Idea TV Rs. 150 pack p.m. free of charge for 3 months. Idea always offer their devices with a new and interesting plan which attract most of the buyers interest towards it.

Now coming towards the technical details and specification of Idea ID 920. In terms of frame up, this device flaunts a 3.5 inch of Capacitive touch screen display with 320 x 480 of pixels resolution. Dual Sim with Dual Standby technology, which has been incorporated as a standard element for most of the newly launched devices,the same has been featured in this device also, Idea ID 920 supports Dual Sim ( GSM+GSM ) with Dual Standby technology. Dealing with it’s Platform dependency, this device sails on Android 2.3 outdated Gingerbread Operating System powered with a Single Core processor running at a clock speed of 1GHz.

In terms of Storage Specifications, Idea ID 920 is equipped with 256MB of RAM, 512MB of Internal memory in which 100MB is subjected for user-usage. In case if the user is willing to expand the memory, company has provided this device with a microSD card slot through which memory can be expanded up to 32 GB. Enumerating it’s Photography Specifications, this device is offered with only a primary camera and it does not support a secondary camera. On it’s back, it uses a 2MEGAPIXEL rated camera for clicking nice snaps.

“Keeping in mind the requirements of the fast evolving Indian consumer in the light of the ongoing mobile broadband revolution, the new 3G smartphones from Idea are priced affordably to upgrade existing 2G users to 3G. Device plays an important role in establishing data experience for the user, but currently 3G smartphones are priced relatively high in the Indian market. Idea is bridging this gap by bringing low-cost devices with high-end features to proliferate 3G among all segments of users,” said Sashi Shankar, CMO, Idea Cellular.

It features similar connectivity features as of Idea ID 920 like 3G (HSDPA 7.2 Mbps), WiFi 802.11 b/g/n, Bluetooth 4 etc. In terms of photography specifications, this device houses both the primary and secondary camera options. On it’s back, it has been installed with 5MEGAPIXEL of primary camera and on it’s front it has been installed with a 0.3MEGAPIXEL of front facing camera for video chatting. This device also supports Dual Sim with Dual Standby technology (GSM+GSM). In terms of storage, it is equipped with 512MB of RAM, 4GB of Internal memory in which 1.4GB is subjected for user usage.

To make the life going on for this battery, this device is equipped with 1400mAh of battery. The price of Idea Aurus III is Rs 6,990.

“We have already sold more than 3 lakh 3G smartphones ever since we entered the devices market, a little over a year ago, leading to a rapid increase of data users to over 26 million in Q4FY13. We are confident that our expanding 3G devices portfolio will further spur data usage on our network”, added Sashi Shankar.

Both the smartphones are now available at Idea stores and other major retailers across the country.