After months of jumping and specifications leaks, finally Google’s much awaited Nexus 5 is live in playstore and now officially we have confirmed details of the phone. 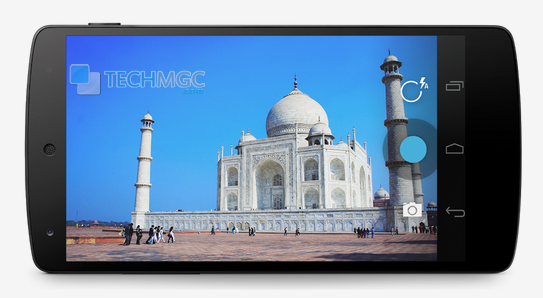 The details and technical specifications of the phone is exactly same as we were seeing in the leaks from long. Its actually compact than many existing 5 inch display phones and is lighter as compared to existing Nexus 4 despite of larger display. It comes with 4G / LTE support and has been powered with latest 2.3GHz Qualcomm Snapdragon™ 800 processor thus making it killer mobile with enough power to fuel all those gaming needs you ever need on your phone. 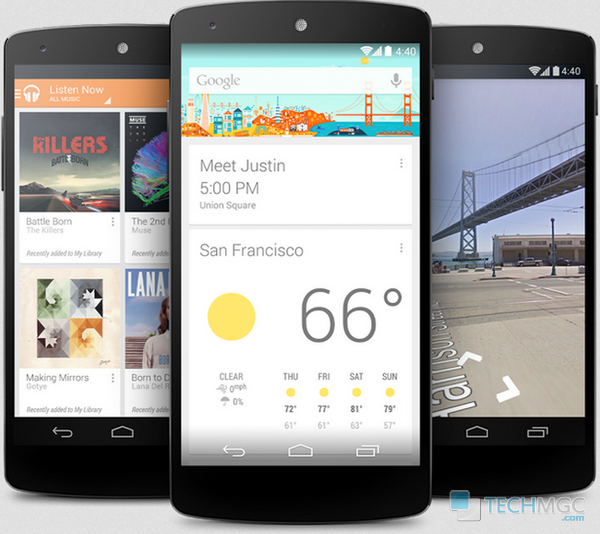 And as we all know, it is powered by Android 4.4 KitKat. It has 1.3 front facing camera and has 8MP rear camera with optical image stabilization, hopefully it will compensate with low 8MP camera specifications as compared to other competitors in market. The display is 4.95″ with full HD display ie. 1920 x 1080p which gives it amazing 445ppi. It is an IPS panel with corning gorilla glass 3. In terms of memory, it comes with 16GB and 32GB internal memory version and has no SD card slot. It has 2GB of RAM and is powered with Adreno 330 GPU.

The phone is available for sale in the US, Canada, UK, Australia, France, Germany, Spain, Italy, Japan and Korea but no words for India yet, however it is showing coming soon to India with price tag of Rs. 32999 for 32 GB version and Rs. 28999 for 16GB version. Internationally it is available for $349 for the 16GB phone and $399 for 32GB.