After witnessing the success with,”Xolo A1000″ a sub brand of Lava International Xolo has geared up to set a tough call under budgeted highly powered handsets by introducing company’s first Quad Core powered handset,”Lava Xolo Q800″ in the Indian market. 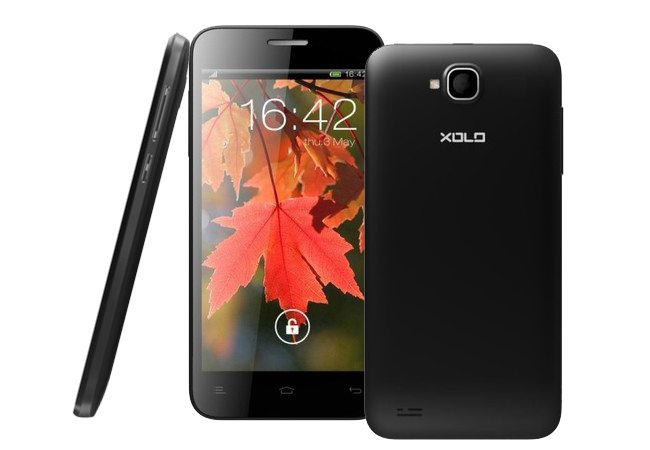 Xolo series was launched first with intel powered processor at a premium range, however later they slashed its prices seeing amid competition at lower price from other contenders in the market. Coming to this new Xolo A10000 , in the front of appearance, Lava Xolo Q800 sports 4.5 inch Capacitive IPS touchscreen display with 960 x 540 pixels resolutions. Being an high spec device, resolution seems to be low if compared to others in same segment like Micromax A116. Dealing with the device Platform dependency, Xolo Q800 runs on Android 4.1 Jelly Bean Operating System powered with a QuadCore Processor clocked at 1.2 GHz with PowerVR SGX544 graphics processing unit. It measures nearly 9.6 mm in thickness. In terms of Storage Specifications Xolo Q800 packed up with some basic specifications as we see in most of the budget smartphone’s, Lava Xolo Q800 supports 1 GB of RAM, 4 GB of internal memory which can be easily expanded up to 32 GB via MicroSD card slot.

Dealing with the Photography Specifications, this device baptizes 8MEGPIXEL of primary camera with LED flash and BSI sensor technology. Enumerating the device Connectivity Specifications, it supports inbuild 3G with HSDPA(21 Mbps) and HSUPA (5.7 Mbps), WiFi 802.11 b/g/n, Bluetooth 4.0, GPS. To Power it up, this device comes with 2100 mAh of battery with up to 360 hours standby time and 16 hours of talk time.

However, the information regarding it’s price tag has yet to be disclosed.