ZTE Corporation, Chinese multinational telecommunications equipment and systems company headquartered in Shenzhen, China has finally came up with a new device which will sail on a new operating system. This new device is named as ZTE Open and it will run on Mozilla Firefox operating system. As per the rumors this phone will be available in Spain from tomorrow. The price of this handset for Spain is 69 euros which cost around 5,600 in Indian rupees. This phone will be the world first smartphone which will run on Firefox operating system. 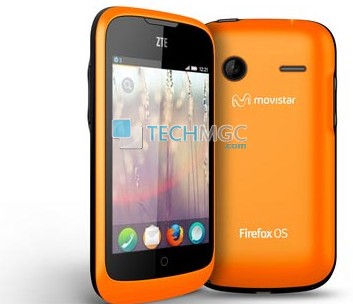 Backed by some of the biggest names in the industry, Firefox OS is an open platform. Firefox operating system is built entirely using HTML5 and other open Web standards. Firefox OS is free from the rules and restrictions of existing proprietary platforms. This mobile phone will cater the buyers who wish to use a new operating system apart from Android and Windows Phone 8. Coming towards it’s specifications and features, ZTE Open sports 3.5 inch of Capacitive touch screen display with 320 x 480 of pixel resolution. Dealing with it’s platform dependency, this device sails on Firefox operating system powered with a single core cortex A5 processor at a clock speed of 1GHz.

In terms of storage specifications, this device is equipped with 256MB of RAM, 512MB of internal storage which can be expanded from the use of micro SD card slot. Briefing it’s photography specifications, on to it’s back panel this device is offered with a primary camera rated at 3.15 MEGAPIXEL, while the front panel seems to be left out. Connectivity wise, it supports 3G (HSPA up to 7.2Mbps), GPRS with EDGE technology, WiFi 802.11 b/g/n, GPS and A-GPS support, Bluetooth 2.1 with A2DP. It will come with social networking applications for Facebook and Twitter, Nokia’s HERE maps service, Box cloud storage, marquee games from EA Mobile and Disney Mobile Games.

However, still details are yet to be confirmed for India regarding it’s pricing and other specifications but we hope if it comes with such a reasonable price tag in India then it will surely give a tough fight against the other leading competitor like Nokia Asha series, micromax bolt series.

Let’s see when it makes it way to India.