In the arena where every manufacturer is trying to fill their Smartphones line up by successively duping among the prices and specifications of their new launched, but it seems that Micromax mobiles is planning way off from this strategy and announced to land up it’s first 3D powered mobile handset named, “Micromax Canvas A115 3D” which they have launched at price range of sub Rs. 10000 . 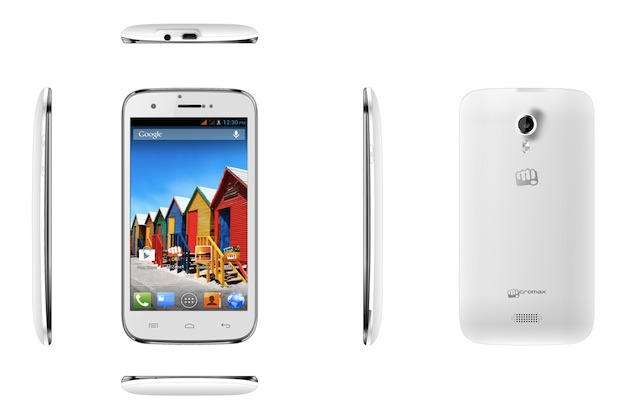 Micromax Canvas A115 specifications and features

Micromax Canvas A115 3D joins the most popular smartphones series launched by the company till date which incorporates mostly the best handset available in the country at their respective price tag like Micromax Canvas A110, Micromax Canvas A116 and recently launched Micromax Canvas Viva who has thrilled the Indian market with its nice specifications coupled with a big screen display in the mid range Smartphone segment of India. Coming to the newly launched Micromax Canvas A115 3D, it uses auto stereoscopic 3D technology so that the you can view a 3D image without any 3D glasses. Micromax has preloaded some 3D games and an app to download 3D content which is quite fascinating. Accessing a clear vision of it’s overall specifications, Micromax A115 Canvas 3D sports a5.0 inch of Capacitive Touch Screen display with 480×800 of pixels resolution. Taking our eye on to it’s Software Specifications, it will run on Android 4.1.2 Jelly Bean Operating System, however as per the rumors spread eariler that it will run on Android Ice cream Sandwich seems to be proven wrong. In terms of hardware specifications, this device will be powered by a Dual Core processor clocked at 1GHz.

Dealing with it’s Storage support it comes with the usual storage options, it will be equipped with 512 MB of RAM, 4GB of Internal memory which can be easily expandable up to 32 GB via microSD card slot. Getting a glance on to it’s Connectivity specifications, Micromax A115 Canvas 3D will include 3G, Wi-Fi, Bluetooth 4.0, USB. The phone comes with ‘Micromax 3D Space’ pre-installed that offers access to 3D videos, and pre-loaded 3D games.

Enumerating it’s Photography Specifications, this phone will support both primary and secondary cameras in this mobile phone which shows that micromax has been able to complete it’s whole homework pretty well. Getting back to camera support, on the back it has 5 MEGAPIXEL rear camera with auto focus technology and in the front it is equipped with a VGA rated camera for video chatting. Company has also encumbered a software which can convert the regular pictures into the 3D picture format.

We already know that company had shipped 1 million units of its Canvas series of Android phones. The company also claimed that it was the biggest retailer of phablets in Q4 2012 with 1.98 lakh shipments, ahead of Samsung’s 1.89 lakh units in the same period. According to market research firm IDC, Micromax was the second biggest smartphone maker in India in the last quarter of 2012.

To power it up, it is equipped with a 2,000 mAh of battery which will deliver a talk time of up to 4.5 hours. The Price of Micromax Canvas 3D A115 is Rs 9,999 and it is available for sale on all the leading online retailers across the country already.

With the launch of A115 3D, company has taken 3D in mainstream, can they again make the difference as they made with Canvas A110 in the market. Stay tuned with us with more updates and news.