Another hit in the Indian market by Xolo mobiles in the Smartphone arena. This new device is named as, “Xolo X910”. Just a week ago, we got the leaked specifications and details of company’s upcoming device in the smartphone segment by AndroidNova.org. And now, joining the same line up of Xolo Q2000, Xolo Q600 and Xolo Play T1000 . From the leaked specifications of Xolo X910, it looks like company has got some serious stuff which could be proved as nightmare for the other competitors in the Smartphone industry. 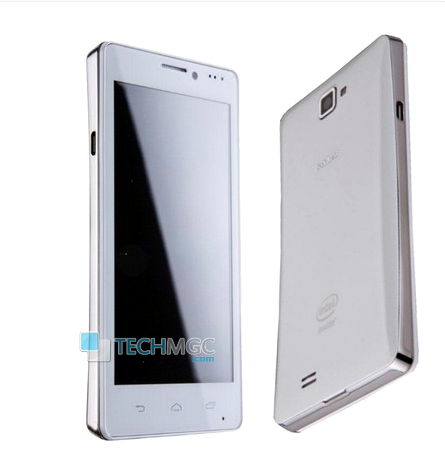 XOLO X910 is the fourth XOLO smartphone with Intel processor inside, it also looks like a stripped down version of the company’s first Intel phone familiar to us as Xolo X900. Eying on towards it’s specifications and details, Xolo X910 flaunts a decent 4.3 inch of IPS, Capacitive touch screen display with 960 x 540 pixels resolution which churns out 256 ppi of effective pixel density. Dealing with it’s Platform dependency, Xolo X910 will sails on Android 4.0 Ice Cream Sandwich Operating System powered with Intel Atom processor at a clock speed of 1.6GHz. Opening it’s graphics unit, Xolo X910 will be installed with a graphics unit of 400 MHz. Coupled with Intel processor and a graphics unit of 400 MHz, it will add shining stars to its gaming capabilities. In physical features, the Xolo X910 is 10mm in thickness and weighs about 150g.

Enumerating it’s Photography Specifications, Xolo X910 will supports both the primary and secondary camera. On it’s back, this device will support a primary camera rated at 5 MEGAPIXEL and on it’s front it will support a front facing camera rated at 0.3 MEGAPIXEL for video chatting. Some of the other feature of camera includes autofocus and LED flash technology which enable the user to capture nice snaps even in the low light vision. In terms of storage specifications, Xolo X910 will be equipped with 1GB of RAM, 4GB of Internal memory which can be easily expanded up to 32 GB via microSD card slot.

To Power it up, this device is equipped with 2000mAh of battery. The phone is now available online at Rs. 9999.