Sony mobiles, one of the biggest multinational company in mobile phone manufacturing worldwide is in the news once again. From back to back launches under it’s prodigious xperia range of Smartphones, Sony has mark it’s virtue as a tough competitor for the top spot in the gadget industry. It’s pretty obvious to say Sony is cooking some serious recipes under it’s laboratory. 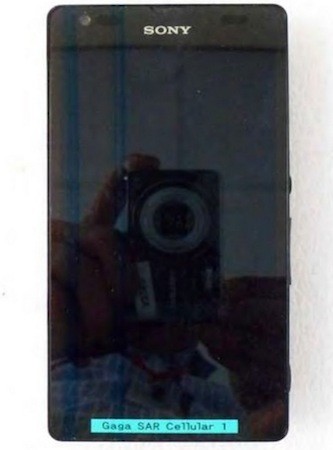 The reason behind which Sony creates a storm once again is that Sony is working on another gadget under its Xperia series as “Sony Xperia UL” . Xperia UL will be tagged up for sale on the same noticeboard which already blender the company with a bunch of sweetness by manufacturing Sony Xperia Z, Xperia ZL, Xperia SP and Xperia ZR and many more. From the sources and as per our observation by seeing this image, Sony Xperia UL will joins the high sized screen segment of mobile phones and will pertain a nice 5-inch of touch screen display.

Enumerating it’s Software specifications, it will be rolled out with the same pioneer in terms of operating system currently i,e Android Operating sytem and also guessing from the fact that Sony Xperia range of Smartphones mostly deals in Android Software. Though the information regarding it’s version will be clear only from it’s official announcement but we could expect it with Android latest operating version i,e Android 4.2.2 Jelly Bean Operating System. On it’s hardware front, Sony Xperia UL will receive power by Qualcomm Snapdragon 600 Quad Core processor. In terms of Storage, it will be equipped with 2GB of RAM. On top of that, the device is also rumored to include 32GB of Internal memory, which make it a high capacity storage device.

It is also rumored that Sony Xperia UL will be equipped with 2300 mAh of Li-Ion battery. In terms of it’s Photography Specifications, Sony Xperia UL will be offered with both the primary and secondary camera options. And as per the rumors all around, it will include a 13 MEGAPIXEL of primary camera same as we can see in sony flagship smartphone under xperia series Xperia Z . From speculated images images we can assume that it will come with an LED flash to click nice snaps in low light. Secondary camera will be there for video chatting.

Looking at the rubber isolation it could be predicted that the Xperia UL will be water and probably dust proof.

For further information on technology, Stay tuned with us.