Micromax has launched a new 4G LTE-enabled smartphone in India, the Canvas Xpress 4G. Priced at Rs. 6,599, the phone is already on sale on Flipkart and apparently its the only authorized retailer to sale it online. With the given price tag, it is one of the cheapest 4G phone from Micromax with powerful hardware.

Since this is targeted at price conscious customer, the phone is powered by 1 GHz quad-core MediaTek MT6735P processor coupled with 2GB of RAM. The MediaTek MT6735P SoC
is meant for budget 4G devices but it s equally capable and is even more powerful than Qualcomm budget Snapdragon 410 SoC. Not only this, The MT6735 is paired with the Mali-T720 GPU, which can support a screen with a 1080 x 1920 resolution. However, since phone comes with HD 1280x720p display, it has MT6735P variant suitable for such screen resolution. This chip support full-mode base bands such as FDD / TDD / TD-SCDMA / WCDMA / CDMA2000 and GSM. 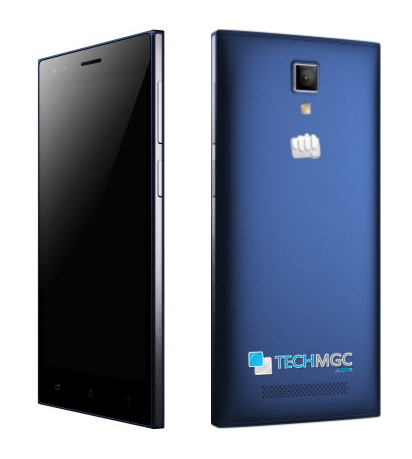 So hardware wise, you will not be regretted in gaming and performance intensive application. The phone comes with 16 GB of internal storage that is expandable via a Micro SD card slot (up to 32 GB). Device has 8 MP autofocus camera with an LED flash on the back and a 2 MP fixed-focus unit up front for all your selfie needs.

The domestic handset maker has also collaborated with Airtel to offer bundled ‘Double Data’ offer to its 3G and 4G consumers. Other features include Dual SIM (GSM + LTE), Gravity Sensor, Proximity Sensor, Light Sensor along with IPS display. It boast a acceptable 2000Mah battery which promises about 6.5hrs of talktime over 2G.

There could be a 8GB variant which may cost slight lesser. Since its a budget 4G device, the competition would be from likes of Lenovo A2010, Yu Yunique, while former comes with 4G LTE, has only 1 GB RAM. The later share almost same price but Canvas Xpress has edge over it terms of internal storage. We are sure as the pan India launch of 4G from multiple provider is approaching closer, will see even more budget and competitively priced phones in 4G segment.