If you have been ever fascinated by Robotics then I am sure you will love to know about Atlas. This Tuesday, Boston Dynamics uploaded video of Next Generation Atlas Robot showing its improved abilities of walking and performing new moves.

They have been regularly showing off their work and last time Atlas was big, about 380 pounds and was tethered by cables. Even then was surprisingly good in walking at uneven terrains and forest. They have also showcased spot (four legged robot) and ofcourse BigDog in past. 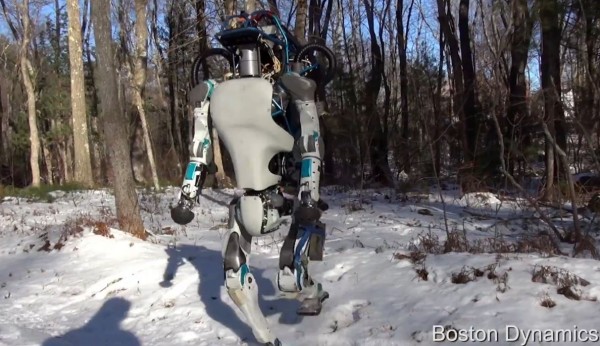 Although if you see it now, it looks very natural and capable but it was not easy as we see. They started with four legged robots and gradually improved them but recently program was shifted to two legged robots as they appears more practical in real life applications. Earlier version of Atlas was not efficient as current generation. The new iteration of Atlas is lighter, better and now it can not only walk, it can lift objects and best of all, it can lift itself if ever it falls down.

They even demonstrated by hitting it hard where it fall down face first on ground. Then it lifted up itself elegantly as if nothing happened. 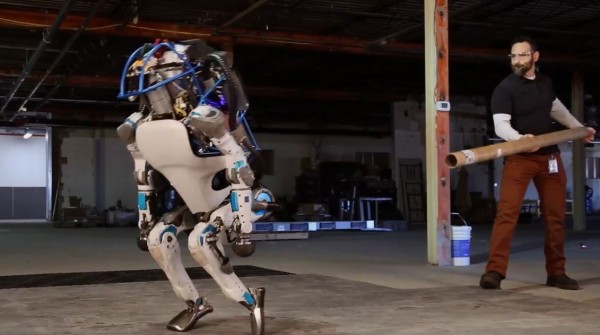 Atlast being whacked by engineer to ground. 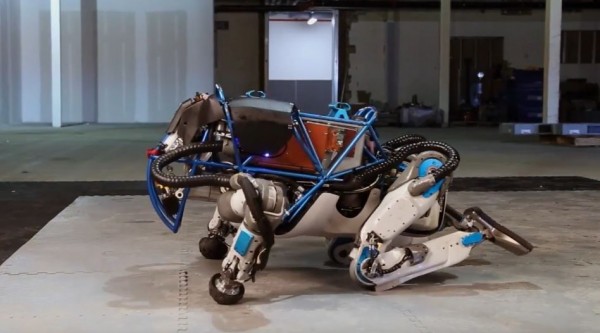 Atlast is getting up on its own after falling on ground.

The next generation of this robot can also lift objects, can open doors (ofcourse currently only by pushing them). And these great are improvements over previous version. As per company the new avatar of Atlas is designed to operate outdoors and inside buildings. It is electrically powered and hydraulically actuated. It uses sensors in its body and legs to balance and LIDAR and stereo sensors in its head to avoid obstacles, assess the terrain and help with navigation. This version of Atlas is approximately 5′ 9″ tall and weighs 180 lbs, making it better and efficient.

Here is full video released by Boston Dynamics for your pleasure :

Apparently the evolution of robots is faster than we thought. The Atlas has been decided to have resemblance with human structure, what if we are seeing the foundation of real practical humanoid of future in the form of Atlas.

The robot opening door by pushing it.

Atlas showing off its ability to lift objects precisely.

Boston Dynamics is an engineering and robotics design company that is best known for the development of BigDog, a quadruped robot designed for the U.S. military with funding from Defense Advanced Research Projects Agency (DARPA) and DI-Guy, software for realistic human simulation. On 13 December 2013, the company was acquired by Google X, where it will be managed by Andy Rubin.