Vivo has officially announced their another smartphone in Y series for Indian market with price tag of Rs. 9450. The Vivo Y31L comes with 4G LTE connectivity support and will be available for sell by the end of March 2016 in India.

The phone is slightly upgraded version of previously launched Y31 with added support for 4G LTE. The phone is equipped with 4.7-inch qHD display with a resolution of 960 x 540 pixels. In terms of processing power, its provided through Qualcomm Snapdragon 410 quad-core processor which is a moderately powered chip and is paired with 1GB of RAM. The phone comes with standard 16GB internal storage which can be expanded up to 128GB via external microSD card. 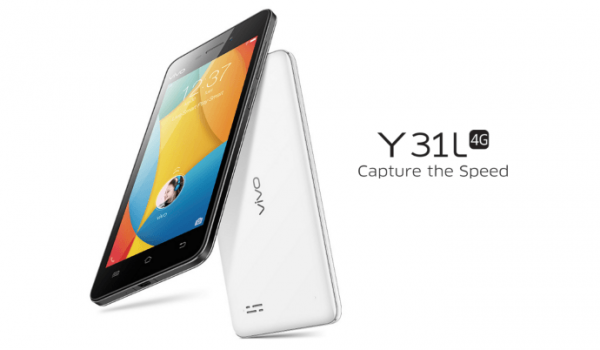 “We are pleased to announce the launch of Y31L, another brilliant addition to Vivo’s smartphone portfolio in the affordable segment. Y31L is a stellar example of our endeavor to set benchmarks in the industry by offering products with magnificent features at attractive prices. This gives our valued customers new ways to capture and relive unforgettable moments.”

The device runs Android 5.1 Lollipop with Funtouch OS 2.1 skinned on top by Vivo to give a unique feel over stock android. All this is gets their power through 2200mAh battery which is again not very big, nor small but hopefully sufficient for a 4.7 inch display device.