Asus Corporation, a multinational computer hardware and electronics manufacturing company headquartered in Taipei, Taiwan has silently announced three new editions to upgrade tablet segment worldwide. The name of these tablets are dubbed as Asus FonePad HD 7 ME372CG ASUS , Asus Memo Pad HD 8 ASUS ME180A, Asus Memo Pad HD 10 ME102A . However, company has not announced the date of launch or any other information regarding it’s pricing yet. 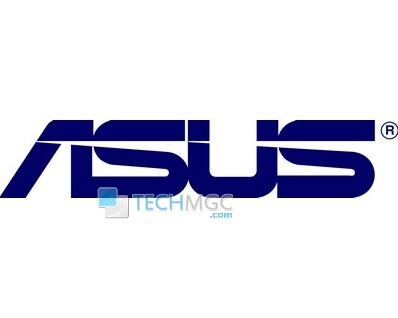 Asus provides a wide range of decent quality products including desktops, laptops, LCDs, mobile phones, monitors, motherboards, servers, tablet PCs and video cards etc. From the launch of these new entrant, it is clear that company is gearing up seriously to compete in the tablet PC segment worldwide. Shifting the shaft towards the specifications and technical details of the first one in line-up ie. Asus FonePad HD 7, as per it’s name this device will sports a nice 7 inch of HD LED backlit IPS display with 1280 x 800 of pixel resolution. Dealing with it’s platform dependency, this device will sail on Android 4.2.2 jelly bean operating system powered with a dual core Intel Atom Z2560 processor running at a clock speed of 1.6 Ghz which allows the user to experience a quick access between switching various applications. In terms of graphics, this device comes with Power VR SGX544 GPU card at 400MHz which enable the user to play nice quality games.

In terms of photography specifications, this device comes with dual camera options both on the front side as well as on the back side. On the back side, it includes 5 MEGAPIXEL rated camera which allow to enjoy and capture nice life time snapshots. On the front side, it includes 1.2 MEGAPIXEL HD front facing camera which allows the end user to enjoy quality video chatting. Enumerating it’s storage specifications, this device supports 1GB of RAM which is sufficient for most of the modern application and games on Android. It will be offered in two different internal storage options – 8 GB and 16 GB internal storage. However, information regarding it’s micro SD card slot is kept unknown.

Details regarding it’s battery specifications was remain undisclosed but company officials mentioned that it will deliver 9 hours of talktime.

Coming towards the specifications and details of the second element named as Asus MemoPad HD 8 ASUS ME180A would have Rockchip SoC and packs an 8-inch (1280 x 800 pixels) display. Apart from the display and the processor other features of the MeMO Pad HD 8 is not available yet. These tablets are expected to be unveiled at the IFA 2013 next month.

Third and biggest variant among them all Asus Memo Pad HD 10 , as per the rumors and information collected form our sources it will sports 10.1 inch of HD IPS display with 1280 x 800 of pixel resolution. Software wise, it will also sail on Android 4.2.2 jelly bean operating system powered with a quad core processor running at a clock speed of 1.6 GHz. To make the end user experience a nice level of graphics on this device, it comes fitted with Mali 400 MP4 GPU. Camera wise, it will come with dual camera options. On the back, it will have 2 MEGAPIXEL of camera for capturing nice snapshots while on the front it will have 1.2 MEGAPIXEL of front facing camera for video calling.

All the other specifications like storage, connectivity and battery power will be same as we mentioned above in Asus FonePad HD 7 inch tablet.

Let’s see when company will officially announced the availability of these HD tablets.