A new element has been introduced to compete in the low cost range of large screen size smartphones in the Indian market by one of the leading domestic manufacturer of smartphones familiar to us as Celkon mobiles . Company has introduced the new entrant dubbed as Celkon Campus A 20 packed with some decent features and specifications. 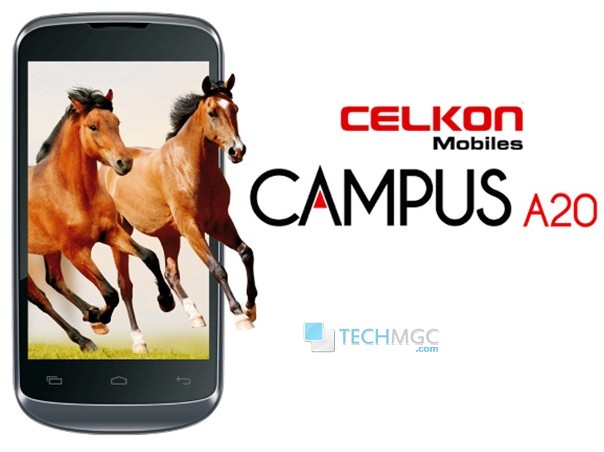 Celkon Campus A20 is the company’s latest smartphone in the new Campus series, just a week ago company had launched Celkon Campus A63 under the same series. From the launch of Celkon Campus A20 it’s clear that company is working seriously hard to highlight it’s new Campus series of smartphones by upgrading it so quickly. Coming towards the specifications and technical details of Celkon Campus A20, on the front this device sports 4 inch of decent capacitive touch screen display with 480×800 of pixels resolution. Dealing with it’s platform dependency, this device sails on Android 4.2 jelly bean operating system powered with a dual core processor running at a clock speed of 1.2 GHz.

It supports Dual Sim with dual standby technology (WCDMA+GSM), which allows the user to remain active on two Sim’s at a single instant of time while traveling anywhere around the world. Enumerating it’s photography specifications, on the front a 0.3 MEGAPIXEL of camera is given will allow the user to click average quality snapshots plus perform decent video calling. On the back side, it comes with 3.2 MEGAPIXEL of camera with LED flash to enable the end user to click nice snapshots even in the dim vision. Connectivity wise, this device supports 3G, 2G, WiFi, Bluetooth, GPS and a 3.5 mm audio jack. Briefing it’s storage specifications, this device is equipped with only 256MB of RAM, 512MB of low internal memory which can be expanded up to 32 GB with the help of micro SD card slot. 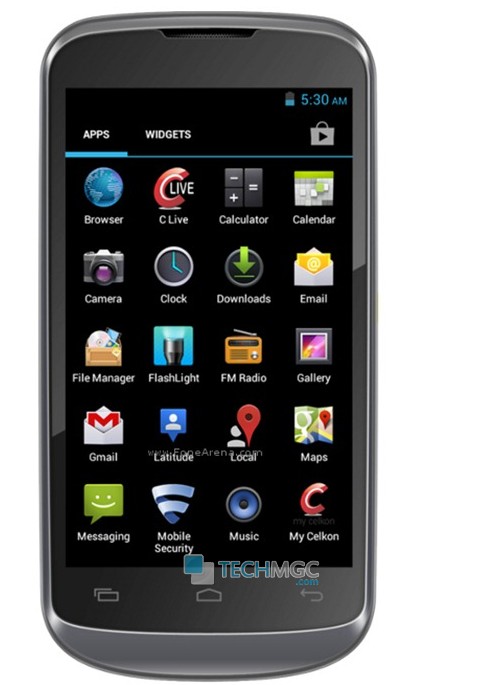 To supply this device a proper need of supplement to remain charged throughout the day, it comes with 1500mAh of battery which deliver a decent amount of talktime as well as stand by time.

Brief summary of Celkon Campus A20

The Celkon Campus A20 is priced at Rs. 5,299 and comes with a free back cover. It will be available for sell on all the leading online retailers and company authorized shop retailers across the nation soon.