Counted among the list of top manufacturer’s of smartphones in India now and known to us as Micromax mobiles is in news shores once again. Company has teased little information about their new upcoming smartphone on their official social networking page of Facebook. From there we get to know, that this new entrant will be named as Micromax Canvas Doodle 2 successor for Micromax Canvas Doodle A111 which was launched few month ago. 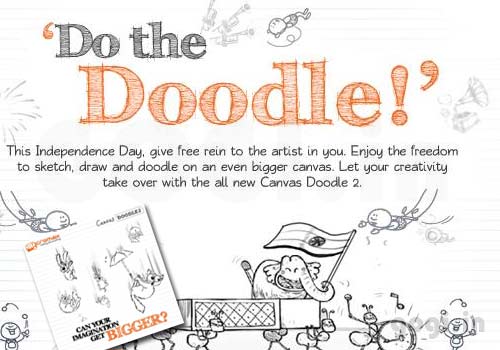 As per company’s teaser, the new phone will be called as Micromax Canvas A240. It’s quite obvious that Micromax is trying to compete with Samsung on all levels. After launching the Canvas 4, which was so called take of comapny on Samsung Galaxy S4, they are looking forward to have more variation in their smartphone portfolio. Coming towards it’s expected and rumored specifications, this device may sports 5.7-inch screen with HD 720p resolution. Software wise, this device is expected to sail on Android v4.2 jelly bean operating system powered with a MediaTek quad core processor running at a clock speed of 1.2 Ghz. This smartphone will come with MediaTek MT6589 chipset which is found in almost all the smartphone under Canvas series.

Storage wise, this device is expected with 1GB of RAM, 16GB of 32GB of internal memory options. Connectivity wise, we can expect this device equipped with almost all the latest trending specifications including 3G, WiFi, Bluetooth, GPS, A GPS, 3.5 mm audio jack etc. As per the resources, we came to know that Micromax Canvas Doodle 2 A240 will come with both the snapper options. On the back side, it will include 12 MEGAPIXEL of primary camera and on the front side it will include a 5 MEGAPIXEL of front facing camera. Some of the other options of camera may includes vertical panorama options, video-pinning to home screen, gesture based controls like ‘flip to mute’, smart pause to make the photography experience more fun.

In feild of its power capacity, it is expected that this device will come with 2600mAh of battery which will deliver a decent amount of talktime as well as stand by time.

Information regarding it’s pricing is not clear at all however, we will keep you updated once get the details. Till then stay tuned to us for latest insight , news and reviews from tech world.