Celkon Mobiles, has launched a new element in it’s Smartphones line up and this new device will be their second device in Dual Core line up. This newly launched device is named as, “Celkon A101” which houses a nice set of features and specifications. 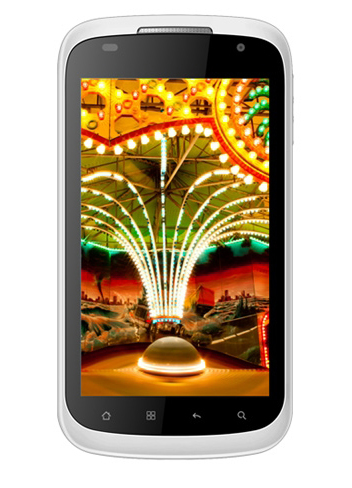 Celkon A101 available for purchase online

Recently, just three days ago when Celkon introduced Celkon A62 under mid range segment and now with Celkon A101 company has strongly aimed to target the mid range buyers segment. Getting a quick glance on to it’s specifications, in terms of frame up this device features 4.0 inch Capacitive TouchScreen display with 800×480 pixels resolution. Dealing with it’s Platform dependency, Celkon A101 runs on Android v4.0 Ice Cream Sandwich Operating System powered with a Dual Core MTK6577 processor clocked at 1.0 GHz. To take care of the graphics area, company has encumbered this device with PowerVR SGX 531 GPU which will definitely attract the buyers interest who love to play game on Android powered devices. Now established a standard feature by domestic as well as international brands, this device also supports Dual Sim with Dual Standby Connectivity.

In terms of Storage specifications, Celkon A101 is equipped with 512MB of RAM, 512 MB of Internal memory which can be easily expanded up to 32 GB via micro SD card slot. One of the most important feature which every buyer must look into cheap price range devices is it’s Image Optics and specifying it’s photography specifications it is offered with both the primary and secondary cameras, it has been slotted with a primary camera at the back rated at 5 MEGAPIXEL, which supports autofocus and LED flash technology, apart from the primary camera it also houses a secondary camera at the front rated at 0.3 MEGAPIXEL for video calling.

This device is powered up with 1400mAh of Li-on Battery. The Price of Celkon A101 is Rs 6,999 and is available for sale on all the online retailers across the country.