One of the World’s premium manufacturer serving in electronics industry across the globe has officially unveiled the latest version under it’s premium Galaxy series of Notes,”Galaxy Note 8.0″ worldwide. However, release date in India and pricing is yet to be disclosed. 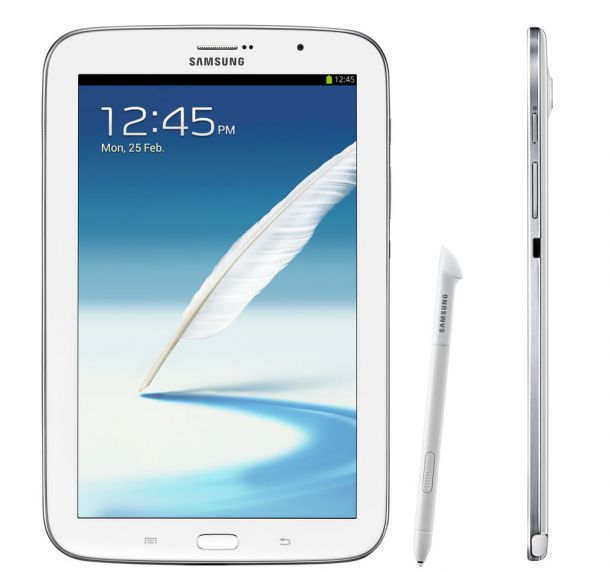 Speaking towards the Display specifications, Samsung Galaxy Note will be spotted with 8 inch TFT LCD Touchscreen display (under a new dash keeping it below 10 inch and making it above 5 inch hub) with 1280 x 800 pixel resolutions, however it holds 189ppi pixel density( average pixel density neither too high like the full size i-Pad and nor like the OLED contrast of the smaller Galaxy Note II). Dealing with it’s Platform Dependency, this device will runs on Android 4.1.2 Android Jelly Bean Operating System powered with a Quad Core A9 Processor clocked at 1.6 GHz. Defining it’s Storage specifications, this device will be offered with 2 GB RAM, and in terms of internal storage though we are not able to confirm it officially and guessing as per the rumored it may be dubbed with 16 or 32 GB of internal memory and to make the memory more capacious it is equipped with micro SD card slot.

Dealing with it’s Connectivity Specifications, it supports 3G (on 3G version) with HSPA+ 21 MBPS of downloading speed and Voice Call Support, WiFi, Bluetooth 4.0, USB 2.0, GPS with A-GPS and GLONASS on 3G version. Under the box, to make the work on board more easier it also packed up with S-PEN support which support Hand Writing, air view, pop up note/ video etc ( somehow same as we have already seen in the Samsung Galaxy Note II).

From specifications, looks a powerful device but with mediocre resolution, hopefully it continue legacy of Galaxy series, till then stay tuned for more future updates.