Another entry level android smartphone has been introduced in the smartphone market of India. A European based mobile manufacturing company which is known for it’s affordable price range of smartphones named as, “Fly mobiles” has shipped this product. This new device is named as Fly F351 and is available in the indian market at a price tag of Rs 4,599. 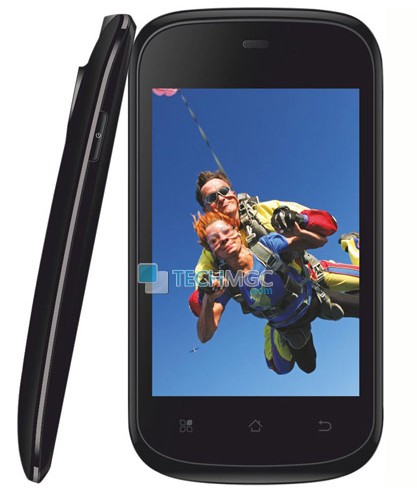 For the users who are new to Android and do not wish to invest much of their money into high price range of Android smartphones can start off with these basic feature Android smartphones which are available in the market at the price of around Rs 5,000. Coming towards it’s specifications, Fly F351 the display size is of 3.5 Inches and that too with the resolution of 320 x 480 pixels. The resolution is not that good but as per the screen size it will be decent. Dealing with it’s software specifications, this device sails on Android 2.3 gingerbread operating system powered with a single core processor at a clock speed of 1GHz. It has the basic features which is enough if you wish to enjoy the flavor of social networking on this platform.

In terms of storage specifications, this device is equipped with 256MB of RAM, 512MB of Internal memory which can be expanded up to 32GB via micro SD card slot. Now, as this phone run on Gingerbread operating system so you will not be able to use the external storage media to install the applications and the space of 512MB clearly shows you that this smartphone is not eligible for you to play the heavy games. Connectivity wise, this phone supports 2G, dual sim card slot, WiFi, Bluetooth and a 3.5 mm of audio jack. It misses out connectivity for 3G which could be the main drawback for this device.

One of the main highlighting or the best availability options for this device is the camera on both sides. On it’s back panel, it include a primary camera rated at 3 MEGAPIXEL whereas on it’s front it include a front camera rated at VGA for video chatting. In terms of power capacity, this device draws power from 1200mAh of battery which help you to let through the day when the phone is new but once it gets older you may face charging issues with the phone. However, it is usually a common problem with most of the Android smartphones.

With such this price tag it will be tough for this device to compete against Micromax A26 Bolt, Lava Iris 401E to name a few. In fact the Samsung Galaxy Star S5282 is also one of the nice option.