iBall Slide, one of the prominent player in Indian electronics and handset industry has launched a new element recently named, “iBall 6309i Slide” in the Indian market. It’s looks like company has strongly aiming to upgrade it’s i-Slide series through the spree of new launches. 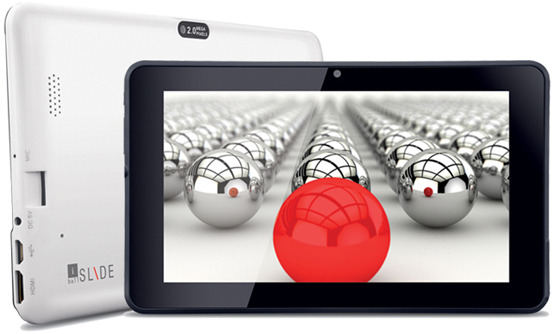 iBall 6309i Slideis packed up with some nice specifications and features to fascinate the under budgeted buyers segment ie. low cost segment. Eying towards the display specifications, iBall 6309i features with a descent 7 inch HD Touchscreen display with 1024 x 600 of pixels resolutions. Dealing with it’s Platform dependency, this device runs on Android 4.1 Jelly Bean Operating System powered with a Single Core Cortex A9 processor clocked at 1.2 GHz. In terms of Storage Specifications, iBall 6309i Slide is equipped with 1 GB of RAM, 4 GB of Internal memory which can be easily expandable up to 32 GB via microSD card slot.

Briefing it’s Connectivity Support, it offers 3G support via 3G External Dongle, WiFi, Bluetooth, micro USB and a 3.5 mm Audio jack. However, this device does not support the Sim calling feature which could be the main drawback of this tablet however given that it is sub Rs. 5000 tablet, it is justified however, it would be great if it had calling feature. Now enumerating it’s Photography Specifications, this device is offered with a back camera rated at 2 MEGAPIXEL and a secondary camera rated at VGA for video calling.

To make the life going on for this tablet, iBall 6309i Slide is equipped with 3000 mAh of battery. The Price of iBall 6309i Slide is Rs 4,997 and is available for sale on all the leading online retailers in the country. However, it is a powerful tablet loaded with the best of credentials in the given price that beats rest of the competition very easily too.