Domestic manufacturer, “Celkon Mobiles” has dipped a new element in the 3G Voice Calling supported tablets named, “Celkon CT 888” in the Indian market. Celkon CT888 powered is with some descent features and specifications. The Price tag of Celkon CT888 is Rs 7,999 and is available for sale on Snapdeal. 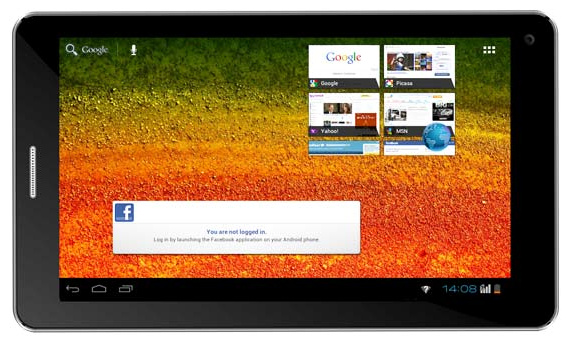 Enumerating the device Storage Specifications, Celkon CT888 is equipped with 512MB DDR2 RAM, 4GB of internal memory which can be easily expandable up to 32GB via micro SD card slot. To make the life going on for this device, it comes with 3500 mAh of battery which would definitely deliver 6-7 hours of talkitme and nearly 300 hours of standby time.

Some of the pre-loaded applications include Google Play Store and many pre-installed applications. With such a price tag it would definitely compete with the leading domestic sellers such as micromax and iball.