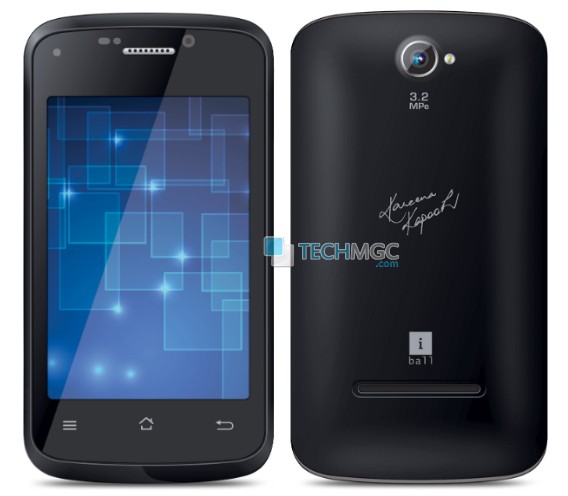 It is a new strategy employed by any native makers now days of using a celebrity name or now the signature (precisely autograph) to sell their devices. Now it is upto the sales performance of this device how this new strategy of providing mobile handset autographed by a celebrity. Apart from it’s new strategy, coming towards the technical specifications and details of this smartphone, it sports a decent 3.5 inch of HVGA touch screen display with 320 x 480 of pixels resolution. Dealing with it’s platform dependency, this device sails on Android v2.3 Gingerbread operating system which is an outdated version but nothing big can be expected at this price range. It is equipped with a Cortex A-9 single core processor running at a clock speed of 1GHz which makes it a decently powered device considering the price point.

In terms of storage specifications, this device is offered with 256MB of RAM which is very not adequate for most of the modern Android Apps. Also the amount of internal storage provided in this device is low which 512MB only, however it can be expanded up to 32GB via micro SD card slot. Connectivity wise, this device lacks support for 3G and comes with 2G, Wifi, bluetooth an GPS connectivity. The main and starring feature for this device is it supports both the primary and secondary snapper options. On the back panel, the primary camera is rated at 3.2 MEGAPIXEL with led flash which enable the user to click nice snapshots even in the dim vision. On the front side, the secondary camera is rated at 0.3 MEGAPIXEL for video chatting.

This device supports Dual Sim (GSM+GSM) with Dual Standby technology which enable the user to remain active on both the sim at a single instance of time with dual standby feature. To power it up, this device is fitted with 1450 mAh of battery which claims to deliver a decent amount of talktime and standby time.

What you all think kareena kapoor signature will make some change in the overall sales for iBall Andi 3.5 KKe. Share your view with us.