Finally summing up the rumours, Nokia has introduced new Nokia Lumia 925 a successor of their flagship Nokia 920 in the market. The main highlight of the new Nokia Lumia 925 is its metal finish body which is new design concept from Nokia’s stable along with its PureView picture technology. 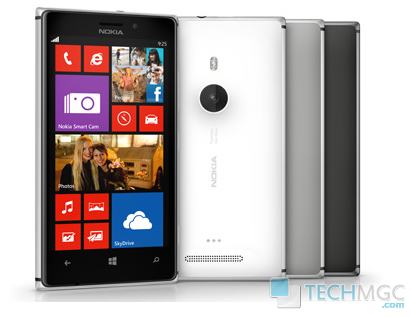 Nokia had recently announced Nokia Lumia 928 and with launch of Lumia 925, company seems to be in hurry to cash upon success of metal body phone in premium segment which is being witnessed by other manufacturer like HTC and Sony. With the recent launches it is also clear that company has completely changed the way they used to work, now they are following strategy multiple variation of phones in order to full-fill need of buyers even with most unique needs. This strategy has been following by many other including Korean giant Samsung.

Talking about new design of Nokia Lumia 925, this phone looks stunning and it feels that Nokia has finally managed to break away from those plastic looks though with lots of colors (the USP of Nokia Lumia Series). As per Nokia, the new metal body not only gives robustness and durability but also functions as an antenna. The polycarbonate body and metal frame are fused together to create a perfect whole.

Moving towards technical details of this new phone, the phone is equipped with 1GB of RAM and 16 GB of internal storage which is ample for space for an average user. On the display front, it has 4.5 inches of AMOLED WXGA display with resolution of 1280×729 pixels (giving about impressive ~328ppi of density) with Gorilla Glass 2 protection. Other features incorporated in display are High Brightness Mode for better Sunlight Readability and Super Sensitive Touch for glove and nail usage. 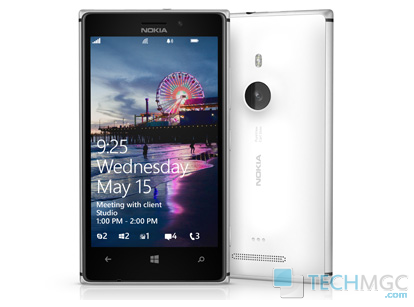 As usual, in all Nokia Lumia series, this phone sails on Windows phone 8 operating system and in terms of processing power, this phone is equipped with 1.5 Ghz dual core Snapdragon processor. Elaborating about its imaging capabilities, Nokia has implemented their flagship PureView imaging technology with 8.7 megapixel of primary camera which features optical image stabilization. It has been accompanied by powerful dual LED flash. As per Nokia, this device comes with updated Nokia camera software which will be also rolled out soon to other Nokia Lumia windows phone 8 devices as an update called “Nokia Lumia Amber”. There is also a burst mode which allows to take 10 pictures at once and then edit them later with bundled softwares. The primary camera is able to record HD videos at 1080p with frame rate of 30fps. It also houses a 1.2 megapixel camera with wide angle view.

On connectivity front, it has all the common feature you can expect form a smartphone including USB 2.0, Bluetooth 3.0, NFC, WLAN a/b/g/n, A-GPS and Glonass as 3G and LTE support.

And to power up this unit, devices is equipped with 2000 mAh battery with wireless charging supported via an accessory cover.

Nokia Lumia 925 will include free global HERE Maps and HERE Drive+ with Free HERE Transit available in the Store.

If you are looking to buy this phone then you may have to wait little more as phone is expected to go on sell in UK, Germany, Italy and Spain from first week of June and after that will be followed by China and US launch, however there is no clear information for launch of this mobile in India but we can expect it coming to India in mid of June or little later at an expected price tag of Rs. 34000 (approx).