A trend has been started to create buzz in the smartphone arena regularly by some of the leading domestic manufacturer in India and to register their name in this never ending race “Karbonn Mobiles” has silently launched a new another and cheapest android Smartphone named, ” Karbonn A2+” successor of karbonn A2 in the Indian market. 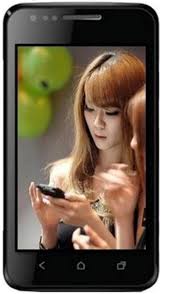 With a spree of launches Karbonn Mobiles is aiming to reach the peak in the list of leading manufacturer’s of Smartphones in the electronics industry. Shifting the concentration away and and talking about it’s specifications, in terms of frame up Karbonn A2 sports with 4 inch of TFT Capacitive Touch screen display with 800 x 480 of Pixels resolutions. Dealing with it’s Platform dependency, this device runs on Android v4.0 Ice Cream Sandwich Operating System powered with a Single Core processor clocked at 1 GHz. It also supports one of the most standard feature incorporated in most of the newly launched devices, Dual Sim with Dual Standby technology ( GSM + GSM). In terms of Storage Specifications, Karbonn A2+ is equipped with 256 MB RAM, 202 MB of Internal memory which can be easily expandable up to 32 GB via micro SD card slot.

To make the life going on of this Smartphone, A2+ is powered by a 1750 mAh Li-Ion battery, which has yet to be rated by the manufacturer. Some of the other features include: Google Play, WeChat, Gmail, WhatsApp, YouTube, News, Weather, and Outlook.

Quick View of Karbonn A2+ Specifications:

The Price of Karbonn A2+ is Rs 5,000 and is available on Infibeam. This

One thought on “New Karbonn A2+ Another budget sub Rs. 5000 dual Android phone”