Chinese manufacturer, Zen mobiles has added a new element under it’s prodigious range of tablets. This new entrant is named as Zen UltraTab A900 packed with some nice features and specifications. The price of this tablet is Rs 7,999 which makes it the cheapest device with 9 inch of screen offered by any domestic or branded manufacturer till date. 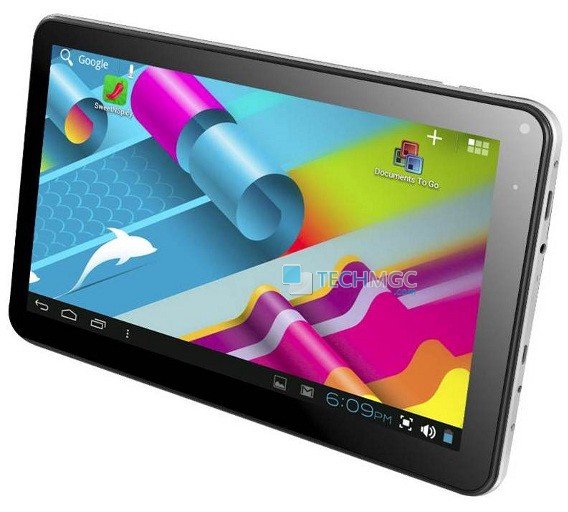 From Zen UltraTab A900, company is aiming to give a tough run for money against the other competitors available in the market. Coming towards the specifications and details of this device, in terms of frame up, as we mentioned earlier the size of the screen for this device is the most starring and appealing feature, this device comes with 9 inches of capacitive touch screen display. The perimeter of the screen is bounded under 800 x 480 of pixels resolution which is quite low for any device with such a huge screen size. However, the large screen will enable the user to make the adventure of surfing Android on this device simply awesome and full of fun. Dealing with it’s platform dependency, it sails on Android 4.0 Ice cream sandwich operating system powered with single core processor running at a clock speed fo 1.5 GHZ. This device boasts Mali 400 GPU card which makes the overall graphics of this device fill with immense pleasure.

Defining it’s overall design and portability, it measures 512.9 gms which makes it almost half a Kg with 11.8 mm of thickness. Enumerating it’s storage specifications, it includes 512MB DDR3 RAM. The internal memory is of 4GB which can be expanded up to 32GB via micro SD card slot. Briefing it’s connectivity options, it includes 3G support via External Dongle, 2G, WiFi, micro USB and a 3.5 mm Audio jack. It supports a bunch of multimedia formats which includes Mp2, Mp3, Wav, AAc, Wma.

In terms of image optics, this device houses a single camera on the front rated at 1.3 MEGAPIXEL which helps you to perform video calling/chatting and also capture nice life time snapshots. To power it up, this device is equipped with 4000 mAh battery with 14hrs + Web usage (on WiFi) or 3.5h hours of 720p video playback. It comes with pre-loaded movies like Zindagi Na Milegi Dobara and apps such as nexGTv, Live TV app with 100 live channels, pre-recorded video and video on demand, facebook, twitter and more.

Brief summary of Zen UltraTab A900 specifications and features

It is good to see this device with big screen in such a cheap price tag. What do you think will these strategy work for the company ?
For more information on technology, stay tuned with us.