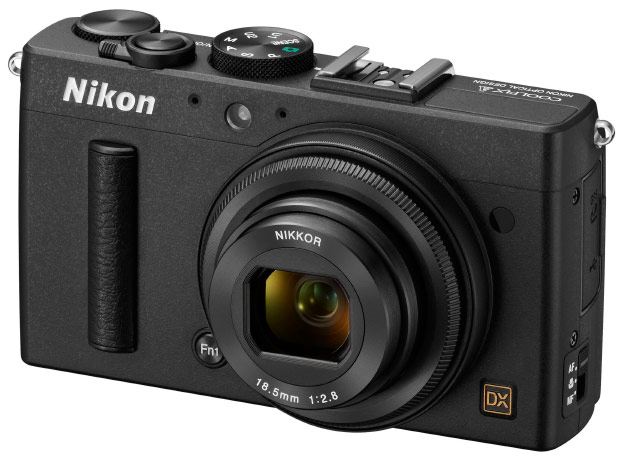 One of the most starring feature in Nikon’s first point and shoot camera is the device will be spotted with a DX-format sensor- the first of its kind to be found in a Coolpix range of Camera’s. Under the hood, Nikon Coolpix A will be featured with 16.1 MEGAPIXEL APS-C CMOS sensor with an 18.5mm fixed-focal length lens and the maximum aperture of f/2.8. However, this device can capture RAW/NEF image files and is also capable of ISO 100-3200 expandable up to 6400. Company spokesperson claims that the autofocus performance is faster and efficient, and is accompanied by a 4fps burst mode. Enumerating this device performance measures, it empowers 4 frames per second burst rate, besides that Nikon has introduced a servo-electric ring which is used for focusing and placed just around the lens.

Nikon Coolpix A (Point and Shoot Camera) comes with 3 inch 920K dot LCD screen with PASM modes. In terms of movie capturing, Nikon Coolpix A enables you to capture 1080p movies at 24, 25 and 30 frames per second through which user receives full manual exposure control while video recording.

Although the camera is a Coolpix “point-and-shoot”, it has its fair share of advanced settings and manual modes. There’s a manual focus ring, full manual controls (P/S/A/M), and multiple Scene Modes. Dealing with it’s fixed lens specifications, the Coolpix A’s lens resides 7 elements which have been arranged in 5 groups with one aspherical element included. However, to protect the device from any issues like cropping up since a wide-angle lens has been placed so close to the DX format sensor in a compact body, this device packed with an anti-reflexive coating to the sensor and the well-designed microlenses.

The price of Nikon Coolpix A point and shoot camera will be around 1100 USD approximately and it will be soon rolled out for sale in the March End.

For more information regarding it’s specifications and pricing, Stay tuned with us.