Sony Mobiles, who always trying to evaluate more and more from what it has already discovered in it’s various segments and to continue the same legacy company has launched a new gadget in it’s most precious ranges of Digital camera powering Cybershot named as, “Sony Cybershot DSC-WX300” in the Indian market. 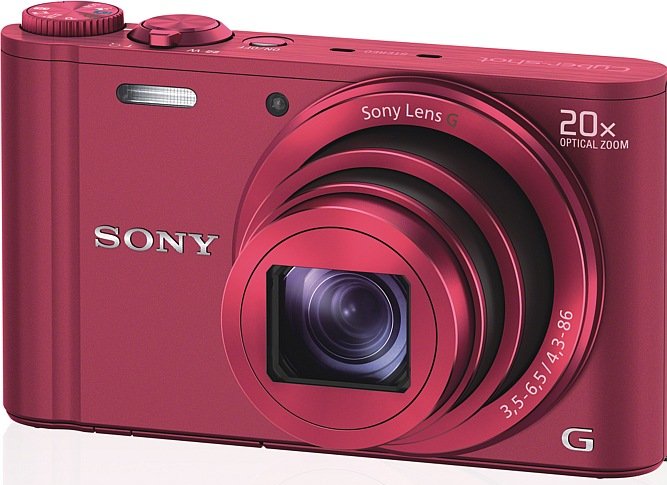 The company claims the new Sony Cyber-shot DSC-WX300 is the world’s most smallest and lightest compact camera with 20x optical zoom.. Shifting the shaft towards it’s dimensions, it measures 3 7/8″ wide x 2 1/4″ tall x 1 1/16″ deep (96 x 54.9 x 25.mm) and weighing 5.9 ounces nearly 166gms which definitely makes it a strong device under smallest and lightest devices segment available in the market. Sony DSC-WX300 is equipped with 18 MEGAPIXEL of EXMOR R CMOS ( a Back-Side illuminated sensor) which is especially incorporated by the company to make it an exceptional device meant for clicking one of the best low light pictures. The optics are graced by a 25-500mm f/3.5-5.6 (20x) optical zoom lens. Sony claims that the optical stabilization is now around twice as effective at high-zoom settings as the previous-generation Cyber-shot HX20V with 20x zoom. More pixels means you can enlarge, zoom in and crop your photos without losing detail. Advanced processing technology reduces noise for incredibly clear images even in low-light conditions.

It’s enhanced by Active Mode that ensures handheld movies look smooth and steady. This device also support WiFi on the board and allows content sharing via Sony’s Play Memories mobile application which available for both Android and iOS which allows smart remote control of the camera via your smartphone or tablet for taking advantage of self-portrait, group and slow shutter speed opportunities.

Information regarding it’s power capacity was not mentioned in numbers though company has claimed that the Cyber-shot WX300 camera features long-lasting, extended battery life so you can capture up to 500 photos on a single charge and shoot pictures throughout the whole day. It’s perfect device for traveling or shooting photos while you’re out. The Sony Cyber-Shot DSC-WX300 is slated to be available across the country probably in the mid-May of this year for Rs. 19,990 approximately.