Karbonn, a telecommunication firm from India and a joint venture company between the Bangalore based United Telelinks Limited (a group of Telecom Major, United Telecoms Limited) and Noida based Jaina Marketing & Associates has launched it’s new budget Smartphone as,”Karbonn A15″ in the Indian market. 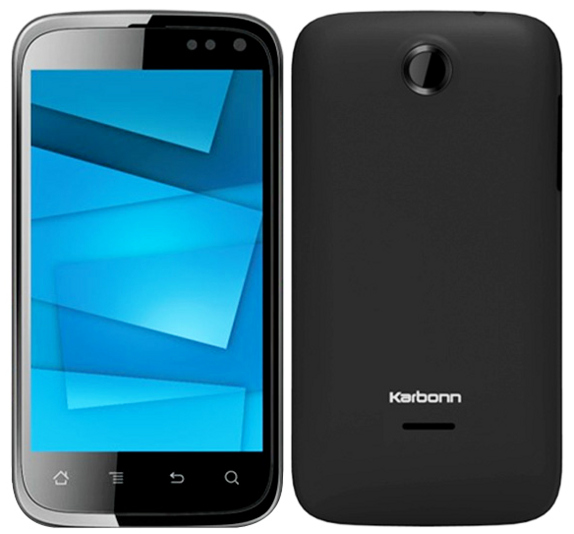 Karbonn A15 sports a descent 4 inch capacitive touchscreen display with a screen resolution of 800 x 480 pixels. Karbonn A15 supports Dual Sim (GSM+GSM) with dual Stand-by facility. It runs of Android 4.0 aka Ice Cream Sandwich operating system powered with 1 GHz processor. In terms of Camera optics, Karbonn A15 features 3 MEGAPIXEL camera with Face detection however if you are looking for front camera then you will be disappointed as this device doesn’t have any front camera in it. In terms of Storage, Karbonn A15 packs up with a micro SD card slot which can be extendable upto 32 GB. Specifications in terms of Connectivity, Karbonn A15 supports 3G (HSDPA 7.2Mbps), Wi-Fi 802.11 b/g/n, Bluetooth with A2DP and GPS. To Power it up, Karbonn A15 is loaded with a 1,420 mAh Li-ion battery, the backup time is yet to be undisclosed.

In terms of Multimedia, Karbonn A15 supports media formats of MP3, Alert Tone: Polyphonic, Truetone, Speakerphone, and Audio connector with 3.5 mm jack and all other common features you expect from a budget smartphone. Some of the most popular pre-loaded application of Karbonn A15 includes Twitter, Picasa, Flickr, Google Search, Google maps and many more. Karbon A15 is offer with a warranty of 1 year. The price for Karbonn A15 is 5,899.

In this price range, it is good offering , however, real punch can be felt only after a review. But remember, this is a budget smartphone so already it packs quite a punch. Stay tuned and while we bring you review new Karbonn A15 Android dual sim mobile handset.