Karbonn Mobiles, India’s one of the leading company in electronic industry has launched there new budget Smartphones as,”Karbonn A2″ in the Indian market. The firm currently has around 500 Service centers all over India with around 150 dedicated exclusively for Karbonn. 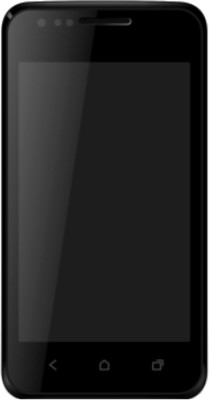 Karbonn A2 sports with 4 inch Capacitive touchscreen display, however information regarding it’s pixel dimensions is yet to be disclosed. Specifications regarding it’s platform dependency, it is expected that this device will run on Android 2.3.6 Gingerbread Operating System, it is quite an older version as most of the Smartphone are powered up with the latest version of the Android Operating System. This device will be dubbed with an Single core processor clocked at 1 GHz. Karbonn A2 also supports Dual SIM (information regarding it stands is unknown). In terms of Storage, this device is baptized with 256 MB of RAM, 202 MB of internal storage with micro SD slot. It is quite strange to see with such low internal storage, as most of the recently launched device offeres now space in GBs even in low end phones. However, information regarding it’s CPU and GPU is also yet to be disclosed.

In terms of Photography, this device supports 3MEGAPIXEL of primary camera without flash and a front VGA camera. Enumerating it’s Connectivity measure, it lacks 3G this device and only supports 2G, Wi-Fi, Bluetooth, 3.5mm jack, FM radio and micro USB port. In terms of Sensors, this device is well-equipped with G-sensor and Proximity Sensor’s. To power it up, this device dubbed with 1750 mAh battery which claims to deliver 4 hours of talktime talktime.

However, more information is yet to be revealed by the company yet. The price of Karbonn A3 is Rs 4990 and is currently available on Flipkart. For more updates, stay tuned.