Huawei, one of the biggest mammoth serving in telecommunications and networking sector across the globe is hoping to carve a niche for itself in the mid-range value smartphone market in India. As, Huawei Ascend G600 will soon hit the shores in the Indian market and is already available on pre-order on various online retail store. 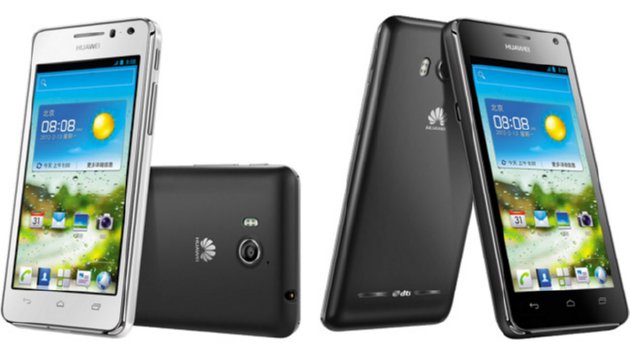 Huawei Ascend G600 comes with a descent 4.5-inch qHD IPS multitouch display with a resolution of 540 x 960 pixels. This device will offer 16M colors offering to blow up the display. From the Sources, we came to know this device will runs on Android v4.0.4 Ice Cream Sandwich Operating System and it will be powered with a Dual Core Processor clocked at 1.2 GHZ. Enumerating it’s Camera Specifications, this device will be dubbed with two camera’s, a primary rear facing 8-MEGAPIXEL shooter equipped with a LED flash and can shoot video at a resolution of 640 x 480 pixels and 30fps. Other features on the shooter include auto focus, panorama, BSI, geo-tagging and image editor. The accompanying secondary camera placed is at 0.3 MEGAPIXEL(front snapper). Specifications regarding it’s dimensions, this device measures 67.5 x 134 x 10.5mm, and weigh approx 145 gms. To protect the display from dents and scratches Huawei Ascend G600 is protected with Corning Gorilla Glass protection.

Enumerating it’s Sensors, this device is backed up with Accelerometer, proximity, and compass sensors. In terms of multimedia, this device supports MP3/WAV/eAAC+ formats(music player)and MP4, H.263,H.264 (video player). Dealing with the device storage requirements, this device boasts 768 MB RAM, 4GB of internal memory which can be expendable up to 32 GB via micro SD slot.

The price of Huawei Ascend G600 is Rs 14,990 which looks quite competing considering its specs. Recently they launched Huawei G330 and also announced Ascend Mate and Ascend D2, it appears they are on a launching spree and want to capture a significant portion now evolving smartphone segment.