Sony Corporation, one of the leading manufacturers of electronic products for the consumer and professional markets has launched it’s two new products in the gadget industry. Both these devices fall under professional digital voice recorders category, and are modelled as Sony ICD-SX1000 and ICD-SX733 . 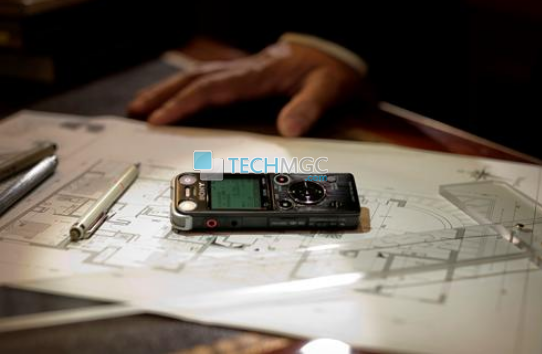 Sony ICD-SX1000 and ICD-SX733 ensures its user to capture each note and every word with CD quality. With the help of CD quality voice recording of these recorders, you can easily hear every word with crisp details, so if you are going for an interview, meeting and seminar, it will definitely help you a lot. One of the best feature in these digital recorders are in their body design and compact dimensions. The body of both these digital voice recorders are so slim which enable the user to easily slip these digital voice recorders into a pocket or a bag (24 *7) with yourself. Sony ICD-SX1000 and ICD-SX733 are perfect recording partners when inspiration strikes.

Both the models Sony ICD-SX1000 and ICD-SX733 are equipped with a new 3 way S-Microphone System that picks up music, meetings and memos with pinpoint precision. There are total eight scene selection modes on both the recorders to ensure the user with optimum clarity, whatever you’re recording. Music mode provide a wide, balanced frequency response with every instrument heard clearly. ‘Voice Memo’/‘Meeting’ or ‘Interview’ mode are embedded for clearly-intelligible speech without annoying low-frequency pop-up and disturbance. In the Stereo mode , it ensures smoothly-balanced, hi-fi quality recording of instruments and voices which is good for show rehearsals and song-writing sessions. Zoom mode and focus mode which precisely works well for hearing and recording interview subjects located on the other side of the room.

In terms of ranges, ICD-SX1000 is capable of high-resolution recordings at 96.1kHz/24-bit, capturing solo instruments, ensembles or voices with exceptional clarity, and ICD-SX733 is capable of 44.1KHz/16 bit. One of the highlighted feature added in Sony ICD-SX1000, it has been added with Sony’s S-Master Full Digital Amplifier that reproduces the subtlest nuance of every performance. This technology has originally developed by Sony for hi-fi and home cinema products. Although, Sony S-Master technology has been optimised for mobile devices for reduced digital distortion which enable the smooth detailed studio-quality sound. Both recorders also double as handy music players, replaying files in MP3, AAC, WMA and WAV formats. Just load up with your favorite tracks and enjoy through the supplied stereo earphones or on-board speaker.

In terms of Storage, Sony ICD-SX1000 is offered with 16GB of on-board storage which gives a huge space for almost a week’s worth of non-stop recording. And as per the company note on it’s official press release it will chunk out 159 hours at MP3 192 kbps which is great. On the other hand, Sony ICD SX-733 has been offered with 4GB of inbuilt flash memory. In case if the user is willing to extend the memory size, company has offered both the devices with a optional microSD or memory stick micro (M2) card which help the user in expanding recording time a bit more further to ensure you’re never lost for words.