Wrapping off it’s latest offering in the arena of Smartphones and strengthening it’s premium series of Smartphones, “Sony Mobiles” has unveiled two new entrant under the Xperia series named, “Sony Xperia SP” and “Xperia L” in the Indian market. Sony Xperia SP and Xperia L are specifically designed to facilitate mid-range buyers with high on specifications. 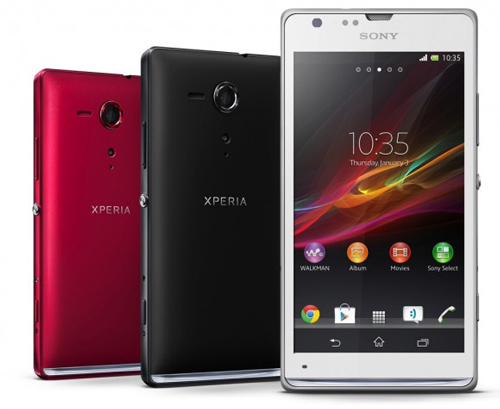 With Sony Xperia SP and Xperia L , it appears company is strongly aiming to push itself forward at the top slot under the worldwide Smartphone market. As from our sources, Sonny currently holds a fourth-place position in the worldwide smartphone market. Moving the flashlight towards the specifications of these devices, Sony Xperia SP will feature 4.6 inches TFT Capacitive Touch Screen display with 720 x 1280 pixels resolutions.The display is blazed with support of 16M colors making ~319 ppi pixel density, thus a sharper display sharper and brighter is expected. To protect the screen from scratches the screen is provided with a Scratch resistant glass. Company has also introduced a new element in the design to enhanced the screen resolution known as,”transparent element” which is basically a tiny strip of light at the bottom of the phone that can be set to display different colors indicating any number functions, such as an incoming phone call or email, or it can be programmed to pulsate in conjunction with the rhythm of the music playing on the phone.

Darkening the line towards second innovation Sony Xperia L, viewing it’s appearance Sony Xperia L will be featured with a bit low screen size as compare to Sony Xperia SP as it will be spotted with 4.3 inches of screen size with same touch screen type, 480 x 854 pixels resolution. Dealing with it’s Software hub, Sony Xperia SP will support the same platform and run on the same processor clocked at 1 Ghz with Adreno 305 GPU. To power it up, it is equipped with 1750 mAh of battery Stand-by Up to 498 h (2G) / Up to 454 h (3G), Talk time Up to 8 h 30 min (2G) / Up to 9 h (3G), Music play Up to 43 h 12 min. All the other specifications remains the same as we discussed above in Sony Xperia SP.

However, the launch can be expected within the next Q2 of this year.