A new element has been pushed in the gadget segment of India by Huawei Corporation . Huawei Corporation, is counted among the leading chinese manufacturer’s serving in the electronics industry globally. This new element is named as Huawei MediaPad 10 Link and it is available for a pre-order on Flipkart.com. 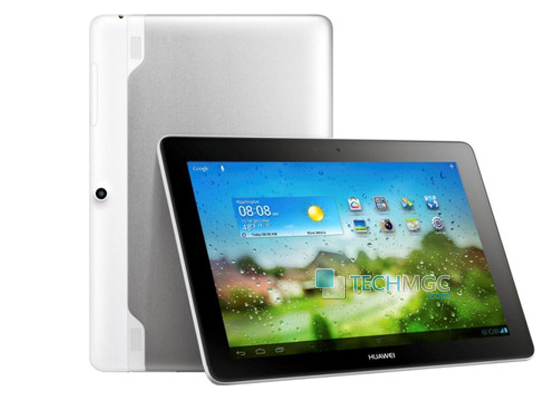 This new element will joins the company’s most prodigious range of tablets which was introduced under the MediaPad tag. Huawei MediaPad range of tablet include high power configuration devices catering needs of various segment of power users. Huawei MediaPad 10 Link is up for a pre-order and as per the rumors it’s shipping will start in the first week of June 2013. Coming back towards it’s specifications, in terms of frame up Huawei MediaPad 10 Link flaunts a huge 10 inches of IPS LCD Capacitive Touch Screen display with 1280*800 of pixels resolution which gives out a pixel resolution, it blenders the display with ~149 ppi pixel density and 16M colors. Dealing with it’s Platform dependency, Huawei MediaPad 10 Link sails on Android v4.0 (a little outdated) Ice Cream Sandwich Operation system powered with a Quad Core Cortex A-9 processor at a clock speed of 1.2GHz. In terms of Storage specifications, this device is equipped with 1GB of RAM, 16GB of Internal memory which can be expanded up to 32GB via microSD card slot.

Specifying it’s dimensions, this device weighs 580gms and measures 257.4 x 175.9 x 8.8 mm in terms of overall dimensions. Briefing it’s Photography specifications, this device has been offered with both the primary and secondary snapper options. On it’s back, it include a primary camera rated at 3 MEGAPIXEL and on it’s front it has been installed with a secondary snapper rated at 0.3 MEGAPIXEL for video chatting. It also supports 1080p of video recording. Some of the other features of the camera includes AutoFocus, Dual LED flash and Geo-tagging which will lure the user to enjoy nice photography experience on this device. Enumerating it’s Connectivity specifications, 2G, 3G, 4G LTE, GPRS, EDGE, WiFi (802.11 b/g/n, WiFi hotspot), Bluetooth v3.0 with A2DP and a microUSB v2.0, USB Host. It also includes Gyro, Accelerometer and Compass sensors.

Some of the pre-installed applications include Google Search, Maps, Gmail, Talk, MP3/WAV/WMA/eAAC+/FLAC player, MP4/WMV/H.263/H.264 player, Organizer, Voice memo, Predictive text input. To make the life going on for this device, it is equipped with 6600mAh of Li-PO battery.

For more information on technology, Stay tuned for more updates.