Samsung, one of the leading conglomerate in the world is back in the news once again. Ever since the launch of Samsung’s flagship Galaxy S4 device which made it’s launch exactly a month ago, there has been a continuous increase in the debate graph regarding the release of smaller and cheaper version of Galaxy S4 mini handset. But without waiting further, Samsung has officially announced the device which looks similar to Galaxy S4 but is just little smaller than its big brother. 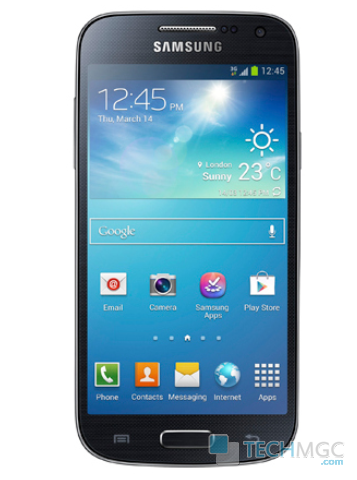 Hence its finally end of all these speculations and chatter going for this Galaxy S4 Mini version. This new S4 mini is powered with moderate technical specifications as we had seen last time when Galaxy S3 Mini was launched.

Earlier this deivce was spotted on the company’s official webpage clearly showcasing an image and model number printed as Samsung Galaxy S4 mini and model number GT-i9195. How to end the speculation , Samsung just announced its details officially.

As per details Samsung Galaxy S4 mini is smaller and it can incorporated with 4.3 inch of screen with a 960 x 540 pixel resolution with Super AMOLED display. On the area of image optics, this new S4 Mini has 8megapixel of primary camera and 1.9 megpixel of front facing camera. This device has been powered with moderate 1.7 Ghz dual core processor. Has 8 GB of internal storage and as usual can be expanded through microSD card.

Other than that, it will have 4G LTE support, 3G HSPA+ as per region and will come with dual sim version also. With LTE support, it be a nice small (not so small) android phone for those who prefer rather smaller size of handset in their hands. Regarding its pricing and launch date, there is no official information available. However, looking over its specifications, we can assume that it will be a mid-range device which is adequately powered.

Other that it will have all usual fun and frills of Samsung Galaxy S4 like air gesture, eye tracking etc. Now since Galaxy S4 Mini has been announced, it will be a good option for those who were looking for smaller alternative for Samsung Galaxy S4. Will you be the one to buy it, let us know what are you views and outlook over this device.