Lava Mobiles has popped up a new product in it’s premium Xolo series of Smartphone’s by introducing,”Lava Xolo A500″ in the techo-market of India. Lava Xolo A500 finds it’s slot under the two well-known Smartphone’s of company, the Xolo A700 and Xolo A800 which has already market their presence in the market. 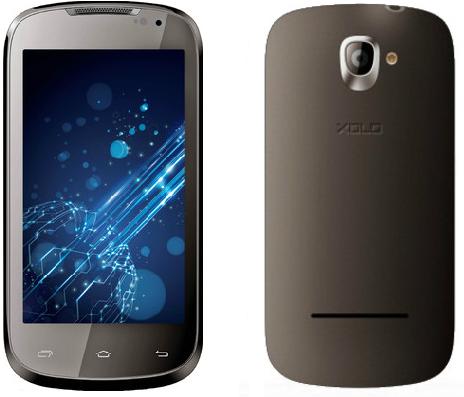 Lava Xolo A500 sports with 4 inch WVGA TFT Capacitive touch screen with multitouch flexibility. The screen possesses 480 x 800 of pixels resolutions. In terms of platform dependency, this device will run on Android v4.0 Ice Cream Sandwich Operating System powered with a Dual Core processor clocked at 1 GHz, GPU Adreno 203 (graphics is quite low as most of the device in Smartphone segment are generally offering more powerful GPU), Chipset Qualcomm Snapdragon Krait. Following the trend, this device also support Dual SIM ( GSM+GSM ) with Dual Standby technology. In terms of Dimensions this device weighs nearly 122.6 gms with 124×63.5×11.8 MM measurements. Enumerating the device Photography specifications, it offered with 5 MEGAPIXEL of Rear Camera with LED flash technology, enabling the user to experience image capturing experience even at dark vision and a front VGA camera with video recording.

Highlighting it’s Connectivity features, this device supports GPRS with EDGE Connectivity, 3G (Data Speed on 3G network : HSDPA 7.2 MBPS And HSUPA 5.76 MBPS), WiFi ( 802.11 b/g/n and WiFi hotspot ), Bluetooth, GPS, micro USB 2.0, 3.5mm Audio Jack. Xolo A500 equipped with Accelerometer, Proximity and Ambient Light Sensor. To Power it up, this device comes with 1500mAh Li-on battery which claims to deliver talktime upto 9 hours (2G) and up to 8 hours (3G). However, up to 310 hours of Standby Time is mentioned for 2G.

The Price of Lava Xolo A500 is Rs 6999 and it is available on all the leading online retailers across the country. It is available in Black color.