A new element joins the entry level league of Android powered smartphone named as iBall Andi 3.5r in the Indian market. iBall Andi 3.5 r is in the line up in the company’s successful and popular range of smartphone series familiar to us as Andi series. Company claims that this new entrant is packed with some improved nice specifications and features as compared to the other entry level Android devices in the gadget market. The price of this smartphone is Rs 4,750 and it is available for sale on all the leading online retailers and your nearby distributors across the nation. 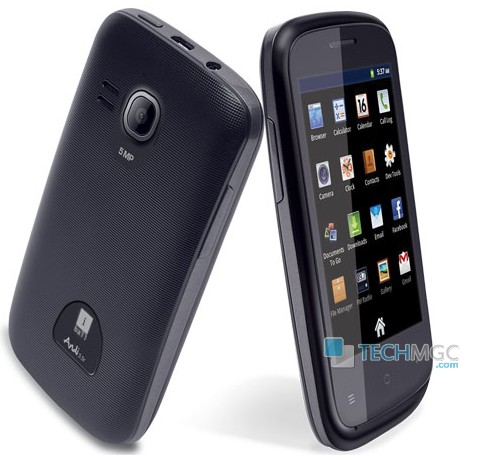 Recently, iBall had launched a decent phone with justified specifications and features according to it’s price range named as iBall Andi KKe and now adding a new one into the same line up to strengthen their position as budget player. Coming towards iBall Andi 3.5r, it supports Dual Sim (GSM+GSM) with Dual Standby technology which enable it’s users to get active on two SIM at a single instant of time. In terms of frame up, this device flaunts a nice 3.5 inch of Capacitive touch screen display with 480×320 HVGA of pixel resolution. The display size of 3.5 inches ie. 8.89 cms is more than enough for an entry level range of smartphone also company says that the touch is very smooth and responsive.

Dealing with it’s platform dependency, this device sails on Android 2.3.6 Gingerbread operating system which can be the biggest drawback of this smartphone as there are lots of devices under its price range those are being offered with ICS operating system. This device is powered with a single core processor running at a clock speed of 1GHz which makes the processing between switching files, reading document, playing videos and games more faster. In terms of storage specifications, this device we assume it with 256MB of RAM which will makes it really unappealing. Internal memory is 200MB only which can be expanded up to 32GB via micro SD card slot.

Briefing it’s photography specifications, it comes with both the front and back camera options. On the back, it has been installed with 5 MEGAPIXEL of camera which ensures nice quality and on its front it support 0.3MEGAPIXEL front camera for video chatting. This phone does not support LED flash. Connectivity wise, it comes with 3G, 2G, Bluetooth, micro USB, GPS and Wi-Fi and a 3.5 mm Audio jack. To make your handset power alive throughout the day, this device is equipped with 1300mAh of battery.

A price of almost 5,000 what you all think that it has that much amount of specification or detail. Please share your view with us.