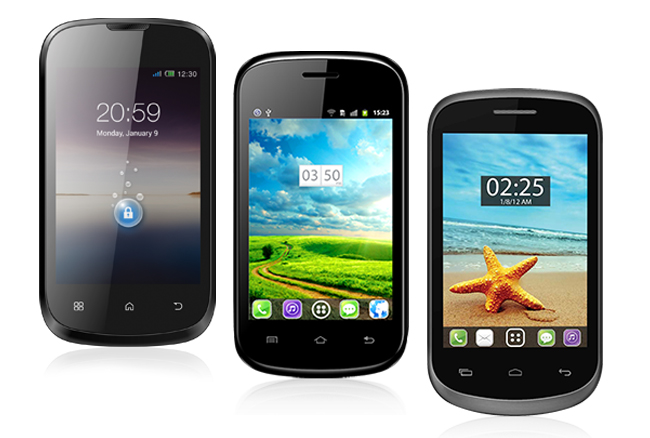 As per Lava, they have introduced these Smartphones targeting those people who are currently taking the leap from features phones to Smartphones. However, all these smartphones are packed up with almost similar specifications with certain bit of advancement from one of the other. Viewing the appearance of lava Iris 349, it features with 3.5 inches of Capacitive TouchScreen display with 320 x 480 pixels resolutions. Adding the blaze in the display, this device supports a descent 262K of display colors. One of the most common feature in average cost handsets, this device also supports Dual SIM with Dual Standby technology. Dealing with it’s Platform dependency, Lava Iris 354 run on Android 2.3.5 Gingerbread Operating System powered with a Single Core Processor clocked at 1 GHz supported Operating Frequency GSM- 850/900/1800/1900 MHz. Briefing it’s body dimensions, Lava Iris 349 weighs nearly 85.2 gms without the battery while 115.4 with battery and measures 115.8*61.5*13.3mm in overall measurements. In terms of Photography, Lava Iris 349 is equipped with 2 MEGAPIXEL of primary camera with Flash, HD Video Recording, Digital Zoom up to 8x and Fixed focus technology, it also supports a secondary camera for video calling on VGA resolution.

Inside the Storage bucket, it include 512 MB ROM, 256 MB RAM, and an Internal memory of 113 MB which is expandable up to 32 GB via micro SD card slot. Specifying it’s Connectivity supports, it support GPRS with EDGE connectivity, WiFi (802.11 b/g/n, Wifi Hotspot), USB Connectivity, GPS Support, Bluetooth, and a 3.5 mm of Audio Jack.

According to the company’s statement it has been quoted that, “In our mission to empower people, we believe that everyone deserves to own a smartphone. Hence, we at Lava have worked hard to come up with entry level phones that will be easy on the customers wallet yet provide a superior smartphone experience.”

All these three Smartphones are dubbed with the same features except Lava iris 351 which do support 3G. The price of Lava Iris 354 is Rs 3,999 and Iris 351 is priced at 5,999 and Iris 355 at 4,999 as mentioned on Lava official website. These handset will be soon rolled out for sale.