One after another, we are seeing new launches in budget Android category by smartphones companies in India. To add one more element in the competition Micromax has introduced A51 Bolt in the Indian market. It is successor of previously launched A35 by MMX under the Bolt series of smartphones by the company. 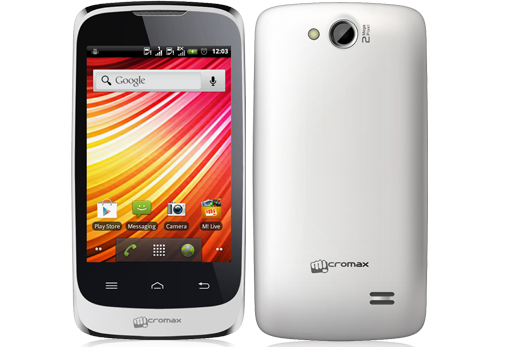 In our earlier post, we mentioned three budget friendly Smartphone launched by lava under Iris series and now the similar launch under budget friendly series has been introduce by Micromax under it’s Bolt series, it’s looks like both the company’s are strongly aiming to set tough competition against entry level Smartphones.

Coming towards specifications Micromax A51, this device supports 3.5-inch capacitive Touchscreen display with 480×320 pixels resolutions with 262K colors display to add blaze in the display, it’s a descent color offering which often comes under budget android Smartphones. Dealing with it’s Platform dependency, Micromax A51 supports Android 2.3.5 Gingerbread Operating system powered with a single core processor clocked at 832 MHz. It will be surprising if buyers will be happy with the CPU speed considering that most of the budget smartphones in the Indian markets now have 1GHz. Even its predecessor A35 Bolt had a faster 1GHz processor. In terms of Storage specifications, Micromax A51 supports 256 MB of RAM with 200 MB of Internal memory which can be easily expandable up to 32 GB via micro SD card slot.

Quick View of Micromax A51 specifications:

To Power it up, it is equipped with 1500 mAh of battery with 4.5 hours of usage time and 140 hours of standby time. However, the information regarding it’s pricing has yet to be disclosed