Lava, one of the prominant smartphone brand in Indian smartphone industry has launched a new element under it’s most prodigious Iris range of Smartphones. This new device is named as Lava iris 458 Q . Lava Iris 458 Q has been placed in the Quad Core segment at a price tag of just Rs 8,499. 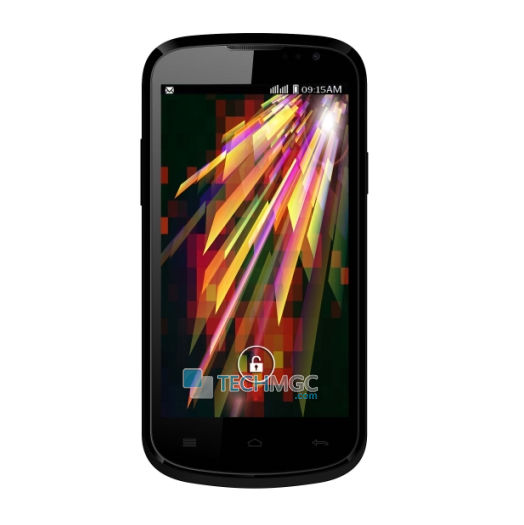 This new Smartphone Lava Iris 458Q, will definitely create a storm among the cheapest mobile phones with the power of Quad Core processor. From the launch of Lava iris 458Q, it can be assume that we will see some more devices making their way into the market with same power configuration very soon in the lower price range. Giving a glance on to it’s technical specifications and details, this device measures 11.9mm of thickness, 133.5 mm in length and 67 mm in width. In terms of screen, Lava Iris 458Q sports 4.5 inch of FWVGA Capacitive Touch Screen display with 480*854 of pixel resolution which give you 265 PPi of effective pixel density.

Dealing with it’s Platform dependency, Lava Iris 458Q sails on Android 4.2 Jelly Bean operating system powered with a Quad Core processor at a clock speed of 1.2 GHz. This feature would be the main USP for this device, since no other device has been offered with such high configuration under the same price tag. As we see in other Lava devices, this device also features Dual Sim Dual Standby technology.

“Innovation and understanding of consumer needs are a couple of key strengths for LAVA and that helps us introduce powerful smartphones across various price segments for all users. The IRIS 458q is our latest offering for users who love to carry a stylish smartphone with the latest technology without burning a hole in the pocket,” said SN Rai, Co – Founder & Director, Lava.

In terms of Storage, this device is equipped with 512MB of RAM, 4GB of Internal memory in which 2GB is subjected for user usage. To expand the Internal memory as per the user need, company has equipped this device with a microSD card slot through which memory can be expanded up to 32GB. Enumerating it’s Connectivity specifications, this device supports 2G, 3G, GPRS with EDGE connectivity, WiFi, GPS, Bluetooth v3.0, 3.5mm of audio jack, micro USB and a opera min browser to surf the Internet on this device.

Briefing it’s Photography Specification, Lava iris 458Q has been offered with both the primary and secondary snapper options. On the back side of this device, it has been installed with a primary camera rated at 8MEGAPIXEL with Single LED flash technology. This Single LED flash technology will help the user to click nice quality snaps even in low light. It also supports HD video recording with zoom facility. Some of the other features incorporated in this device to facilitate the user with better photography experience includes AutoFocus, Face Detection, Panorma Shot and HDR technology. On it’s front, it houses a front facing camera rated at VGA for video chatting.

To make the life going on for this handset, company has equipped this device with 2000 mAh of Li-Ion battery which will deliver 10 hours and 40 minutes of Talktime over 3G.