Both the Dual Core and Quad Core segments are seeing lots of activity from various manufacturers. To mark their virtue in these popular segment, almost all the manufacturer’s across the globe are competing with each other by using different strategies in their devices including budget friendly devices by stripping features yet keeping them high on specifications. And to continue this race course, Spice Mobiles has launched their new entrant in it’s most prodigious range of Smartphones series named Spice Flo Ivory Mi-450 in the Indian market. 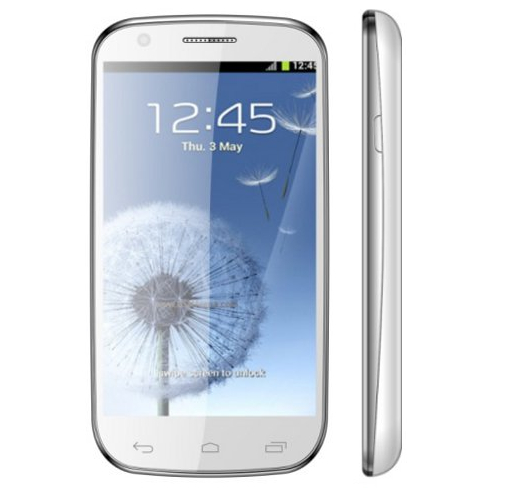 Spice Mobiles always try to offer their devices which compensate best value of money for their users. And continuing this legacy, company has launched Spice Flo Ivory Mi-450 which occupies it’s place in the budget friendly price segment. Looking as per the market statistics large display size segment in Smartphones is still running as a fancy feature and used by most of the manufacturer’s to fascinate the buyer’s interest. With the launch of Spice Smart Flo Ivory Mi-450, it somehow look like Spice Mobiles has also jumped up with the same strategy. Taking your way away from the discussion and rotating the steering wheel towards it’s technical details, this devices flaunts a huge 4.5-inch of capacitive touch screen display with 854×480 pixel resolution. Dealing with it’s Platform dependency, Spice Flo Ivory Mi-450 runs on Android 4.0 Ice Cream Sandwich Operating System powered with a Dual Core processor at a clock speed of 1GHz.

As we see most of the previously launched mobile device that all these domestic manufacturers has set up a trend to dub Dual Sim with Dual Standby technology as a standard feature in many of their newly launched devices, this device also support the same and is equipped with Dual Sim (GSM+GSM) with Dual Standby technology. In terms of its imaging capabilities, it houses both the primary and secondary image snapper. On it’s back, it is installed with a primary camera rated at 3.2 MEGAPIXEL and secondary camera rated at 0.3MEGAPIXEL for video chatting.

Now, specifying it’s storage support, Spice Flo Ivory Mi-450 has been installed with all the usual storage options, it supports 512MB of RAM, 512MB of Internal memory which can be easily expandable up to 32GB via micro SD card slot. One of the most starring feature is it’s NQ Mobile security solution which comes with a 6 months free subscription. Enumerating it’s Connectivity support, this device supports 2G, Wi-Fi, Bluetooth, GPS/A-GPS, microUSB, 3.5mm audio jack. However, as you noticed , there is no support for 3G in this device. To make the life going on for this handset, it is equipped with a 1,500mAh battery which the company has claimed that it will be able chunk out a decent talk-time and standby time.

The Price of this device is Rs 5,999 and is available for sale on all the leading online retailers across the nation. With such price it will give tough competition to Karbonn A25, Karbonn A7 Star and Micromax Viva72, all those are large screen phones with dual core, however, they all lacks 3G support as they falls in similar price category.