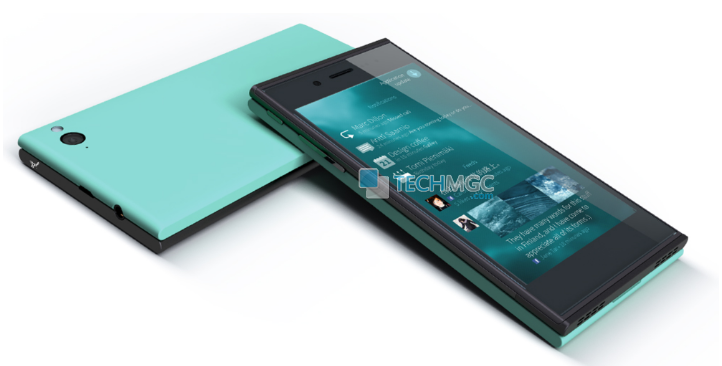 Jolla was founded by a former group of Nokia employees who wanted to continue the development work on the MeeGO where Nokia left and hence company started working on MeeGO as Nokia dropped MeeGo and tied its luck to the Windows Phone Operating System. And now, nearly after a year of tantalizing Jolla has took the wraps off from it’s first Sailfish Operating system. Rounding the specifications list of this newly announced smartphone, it will flaunts a screen size of 4.5 inches by analyzing the current market statistics, company has encumbered large screen in their devices as large screen size in smartphones has been the most likable and appreciated feature by most of the tech junkies in the world today. Dealing with it’s Platform dependency, it is confirmed that this device will sails on Sailfish Operating system, as this operating system is the company’s core offering to this device. However, information regarding it’s processor is still in a mystery though as per the rumors it will be powered with a Dual Core processor.

“The earliest memories I have of things really crystallizing is from the summer of 2011. I was on holiday and there was a conference call I took on the beach, and the people that became Jolla, the founders and many of the early contributors were on that call. But to me the hard work really started in January 2012,” said Marc Dillon, who recently stepped down as the company’s CEO to focus on developing the first phone.

By the introduction of this Sailfish operating system in their first smartphone, Jolla is hoping that this device will lure users mind away from the other competing platform. The heart of this Operating system consists of thumbnails of opened applications on the home screen from which users can access multiple features directly by scrolling from side-to-side or just clicking on them to access the main feature.

From the sources, we also came to know that this device will support a rear-facing camera rated at 8 MEGAPIXEL. In terms of connectivity, it will have 4G connectivity along with 16GB of internal storage along with a microSD card slot.

To fascinate the buyers interest, Jolla has introduced this devices with back cover plates which will allow you to swap out for different colors. Back cover plates are dubbed as “The Other Half”. Apart from changing the color of the body by swapping out of exterior colors, it will be able to automatically adjust fonts, ringtones, profiles, color themes and more.

“This is one of the most powerful things we have … a very simple example could be that you have covers with different colors,” Dillon said. “So you change the back of the device to a red one in the evening and a black one for the office and that would also change the user interface because there is a connection there.”

To make this device charged up, Jolla will also have a removable battery, however the battery size has yet to be mentioned. The Jolla will start shipping during the fourth quarter and cost €399 ($510) including taxes in the EU. It can be preordered on Jolla’s website.

Do let us know what do you think about this new OS for mobile, do you think it will help us to have more choices in mobile platform ?