Salora International , one of oldest company serving in electronics industry in India has launched a new element to upgrade it’s smartphone portfolio in the Indian market. This new element is named as Salora Valumaxx E1 and it is available for sell on all the leading online retailers across the nation at a extreme low price tag of Rs 3,499. 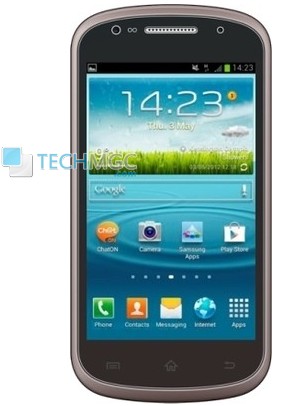 From the launch of Salora Valumaxx E1, company eying to slot into the cheapest 4″ inch device arena and most probably it is now cheapest among the 4″ inches device currently available in the market. Coming to this device, in terms of display it sports a decent 4 inch of Capacitive touch screen display with 480 x 800 of pixels resolution which is as per the price is quite surprising to see any device to come with such a premium range of screen size. Dealing with it’s platform dependency, it sails on Android operating system but the version on which it runs is still a mystery. It could be possible that this device will comes with Android 4.0 Ice cream sandwich operating system but as per it’s price it may come with Android 2.3. This device is powered with a single core processor running at a clock speed of 1GHz which gives the user to perform multitasking quick and efficiently.

Enumerating it’s storage specifications, information regarding the RAM is kept undisclosed so we can assume it with 256MB RAM because it is rather hard to to have 512MB of RAM at such an low price tag. Details regarding the internal memory is still under curtains but it confirms the support of micro SD card slot which makes the memory expandable up to 32 GB. Connectivity wise it supports 2G, WiFi, Bluetooth, FM Radio and a 3.5 mm audio jack. In terms of photography specifications, this device includes both the primary and secondary snapper options. On the back side, the primary camera is rated at 3 MEGAPIXEL and on the front side the secondary camera is rated at 0.3 MEGAPIXEL for video chatting.

To make the user remain active on two sims at a single instant of time, this device supports dual sim (GSM+GSM) with dual standby technology. To power it up, this device is equipped with 1500mAh of battery which claims to deliver a nice and decent output of talktime and standby time.