Celkon mobiles has silently introduced a new element in the low cost range of Smartphones for the Indian market. This new element is named as Celkon A9+, which will be a new successor for company’s previously launched smartphone Celkon A9. 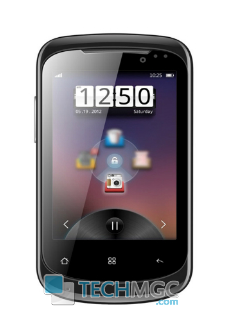 Celkon mobile handsets comprises with a wide range of quality products offered at affordable price tags which ensures that there is a phone for every pocket regardless of budget. From the past few weeks, we are seeing lots of devices being launched under the low price range of smartphone, and now Celkon’s new launch Celkon A9+ will also join the same segment. As we all know there is stiff competition in this low budget segment, Celkon has launch it’s super cheap element Celkon A9+ in it’s “A” series. Now, taking attention towards it’s specifications and details Celkon A9+ sports 3.5 inch of TFT Capacitive Touch Screen display with 320×480 of pixels resolution. Dealing with it’s platform dependency, this device sails on Android 4.0 Ice Cream Sandwich Operating system powered with a Single Core processor running at a clock speed of 1GHz.

In terms of memory specification, Celkon A9+ support 256MB of RAM, and an external memory card slot through which memory can be easily expanded up to 32GB. 256MB is quite low, but as per the price tag it is worthy enough. It is good to see this device with Android Ice Cream Sandwich 4.0 Operating system coupled with a Single Core 1GHz processor, which makes it a nice choice considering the tiny amount of RAM it comes with. It is also because most of the other devices available in the market with similar hardware specifications are offered with Android outdated 2.3 Gingerbread Operating system.

Enumerating it’s Imaging Optics, Celkon A9+ has been offered with both the primary and secondary snapper options. On it’s back, it uses a primary camera rated at 2MEGAPIXEL with 1600×1200 of pixels resolution for clicking nice snapshots. On it’s front, it has been installed with a secondary camera rated at 0.3 MEGAPIXEL for video chatting. It does not support Flash support. Briefing it’s Connectivity specification, it support 2G, GPRS with EDGE connectivity, micro USB, Bluetooth, HDMI port, 3.5mm Audio Jack and a FM Radio. Some of the other features it includes Calculator, Notes, To-Do, Scheduler, Calendar, Alarm Clock, Games and a pre-installed application google search.

To make the life going on for this battery, it is equipped with 1350mAh of battery.

Quick View of Celkon A9+ specifications

Celkon mobile is known for budget smartphones and features phone in India and with launch of A9+, they enhanced their portfolio though not a ground breaking handset but every effort count. Please give your views about such kind of cheap handset, with only 256MB RAM, what do you think how much worthy this handset will be ?
For more information on technology, Stay tuned with us.