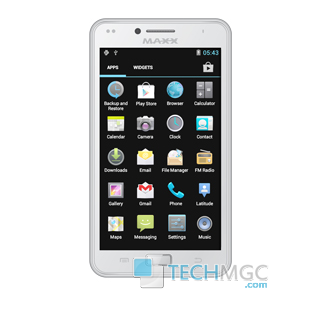 Coming to their technical specifications, the first ie. AX8 Race comes with a moderately large 5″ inch capacitive multi-touch display with a resolution of 480×800 pixel which gives you acceptable ~186ppi of pixel density. As usual, this device is also equipped with dual sim (GSM + GSM) with dual standby feature.

The device sails on Android 4.0.3 ICS operating system and is powered by 1GHz single core processor. In the area of storage and memory, it is provided with 512 MB of RAM and has 4GB internal memory which can be expanded upto 32 GB via microSD card.

In terms of optical abilities of this device, it boasts a 8 megapixel primary camera supported by LED flash. It also has 2MP front camera. On the arena of its connectivity features, it comes with 3G, Wi-Fi 802.11 b/g/n, Bluetooth 3.0 with A2DP and GPS.

Enumerating details of the second device, ie. Maxx RZ9Z Race which is little bigger and more powerful than AX8 Race, has been powered by 1.2 Ghz dual core processor with 512MB of RAM and 4GB of ROM. On the frame up , it flaunts 5.3 inches of multitouch capacitive qHD display (540X960px).

In terms of connectivity, it provides support for 3G, HSDPA, WIFI 802.11 b/g/n with hotspot support, bluetooth 2.1 ADR, GPRS / EDGE. For navigational purpose , there is inbuilt GPS with AGPS at the rescue.

Similar to Maxx AX8 Race, this one also sports 8 megapixel primary camera with LED flash and has 2 megapixel of front facing camera. 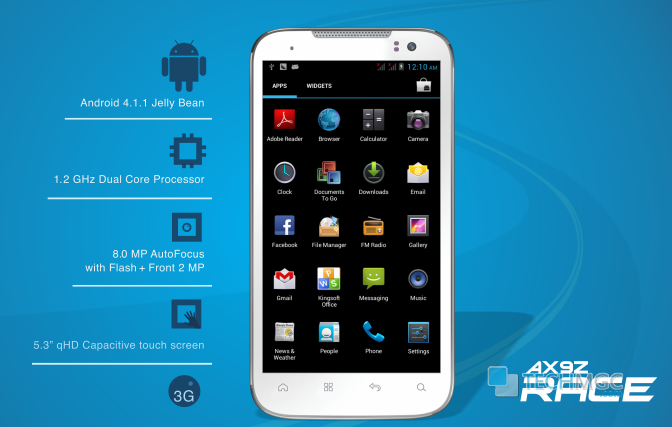 Just to add in the last, both the devices comes with Stylish Leather Cover, Screen Protector which will serve as an added attraction.