iBall one of the leading company in electronics industry of India has launched a new element to upgrade it’s tablet portfolio in the market. This new element is named as iBall Slide 9728. 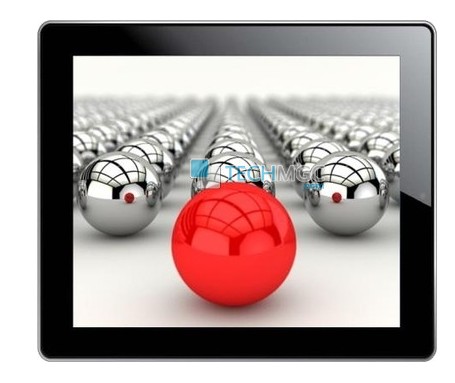 Though the company has been offering different types of electronic gadgets at an affordable price range and is driving good sales too but is still failing to compete with other giants of gadget industry. The price of iBall Slide 9728 is priced at Rs 14,999 and is the cheapest 9.7 inch tablet offered in India till date with voice calling. iBall Slide 9728 encompasses many common features that are preferred by the current tablet users and it has fair specifications at its price. Coming towards the specifications and details of iBall Slide 9728, in terms of frame up this device sports 9.7 inch of capacitive touch screen display with 1024 x 768 of pixels resolution. There is nothing new in this feature, except the big screen size. Dealing with it’s platform dependency, this device sails on Android 4.1 jelly bean operating system powered with a dual core cortex a9 processor running at a clock speed of 1.5 Ghz. Little surprising to see why they have not loaded tablet with Android 4.2 which is the latest version.

Enumerating it’s storage specifications, it supports 1GB of RAM which makes the overall experience of net surfing, downloading applications, playing games on this device more smoother and faster. To take the care of your downloaded files, shared data files including songs, videos and games this devices is equipped with 16GB of internal memory. However, there is an external memory slot provisioned, which aides to expand the memory by up to 32 GB through a microSD card. Briefing it’s photography specifications, this device includes both the primary and secondary snapper options. On the back panel, it include a primary camera rated at 5 MEGAPIXEL and on it’s front side it has been associated with a 0.3MEGAPIXEL VGA secondary camera. Some of the other features of camera include auto focus camera with LED flash technology .If you want to listen music on this tab, then play songs using the Music Player that comes pre-loaded with the device. It supports MP3 and other popular formats. For video, it supports HD Video playback and other popular formats.

On the launch of iBall Slide 3G-9728 Mr. Sandeep Parasrampuria, Director, says “iBall Slide 9728 is a powerful gizmo with the power packed features including 16GB Gigantic storage and 5MP Auto focus camera. We are delighted to present this 9.7” 3G tablet at the most appealing price to the users.

Connectivity wise, it includes 3G (HSDPA 7.2 Mbps), Wi-Fi 802.11 b/g/n , Bluetooth, GPS, Micro USB with OTG support and a 3.5 mm audio jack. The big screen tablet comes loaded with a huge 6000mAh Polymer battery, which looks more than enough to procure good backup power. However, there is no official word on its backup capabilities.