Every other day, we hear name of new Chinese manufacturer coming up with a new feature which brings a lot of heat in the gadget industry worldwide and to accompanied this statement another well known Chinese manufacturer dipped in the deep ocean of phablets available in the market. 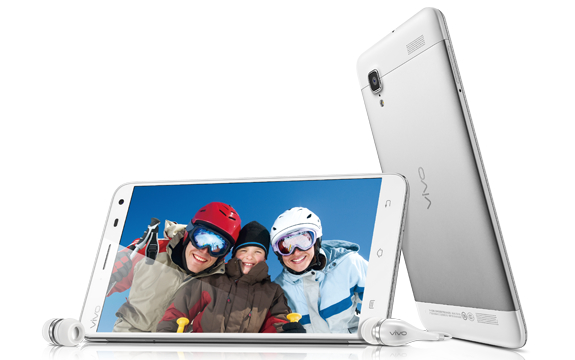 This Chinese manufacturer named, “Vivo” has launched it’s new entrant named, “Vivo Play” in the phablet segment. This new mobile phone arrives on shell with a huge 5.7 inch of touch screen display with 1080p, 386 ppi of pixel density. In terms of dimensions, this device weighs nearly 187 gms and measures 153.8 x 79.68 x 7.99 mm in overall dimensions. Apart from it’s display specifications, it looks quite weird that currently when the other domestic, Chinese and foreign brands are launching their devices with a low price tag, Vivo has marked this device with a hefty price tag of $490 which could be the main drawback of this phablet. Leaving it’s price issue apart and specifying it’s software support, Vivo Play will sails on Android sails on Android 4.2.2 Jelly Bean Operating System powered with Quad Core Snapdragon 600 processor with a clock speed of 1.7 Ghz with 2GB of RAM.

Other than those features, The Play may come with lots of exciting sensing features in the line of Samsung Galaxy S4 though nothing has been confirmed.

Essentially its imaging capabilities will be seen as its strongest points. In terms of Image Optics, Vivo Play houses both the primary and secondary cameras. On it’s back it is equipped with a primary camera rated at 13MEGAPIXEL with 1/3.06″ Exmor RS sensor from Sony with an F/2.2 aperture lens and a front-facing camera rated at 5MEGAPIXEL BSI sensor and 88° FoV for video calling. This feature would be the best starring feature of this mobile handset. It will really interesting to see how this device will fare in the market.

The phablet will go on sale later this month in two colors: black and white, along with two options for built-in memory: 16GB or 32GB. Additionally, the device is said to sport a TI OPA2604 audio chip with built in support for “BBE, SRS and Hi-Fi mode.” To make the life going on for this handset it is equipped with 3400 mAh of battery. About launching in India, it is not confirmed if we will see it any soon but will be first available in China only. So, if you are one who want to use a quality premium product from China then you may look after this device.