To marks their virtue as a strong leader in the gadgets arena and to encompass their network extension in the country, UMI Mobiles has launched a new entrant named, ” UMI XE” in the Indian market. They had recently launched their quad core powered handset and now they have launched this dual core with better pricing yet powerful features. 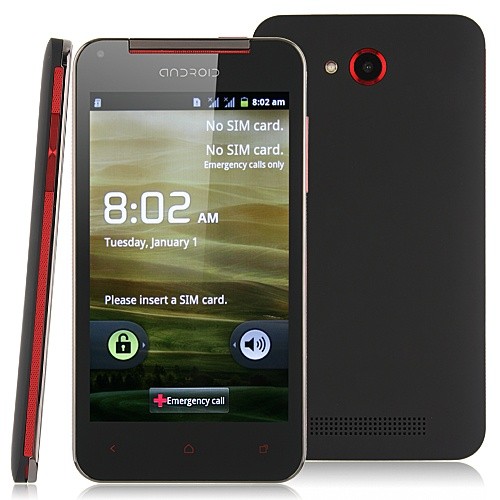 UMI XE is a new handset launched under entry level segment with some nice features and specifications. The Price of UMI XE is Rs 4,999 and is available for sale on all the leading online retailers in the country. Coming to it’s Specifications, UMI Xe feature 5 inch TFT Capacitive Touch Screen display with 800 x 480 of pixels resolutions. It’s looks like a new trend has been employed by different phone handset manufacturing company’s who are offering there newly launched handset with some nice specifications including a low price tag adding a spice of huge display same as we saw earlier in Micromax Canvas Viva. Dealing with it’s Platform dependency, this device sails on Android 4.0 Ice Cream Sandwich Operating System powered with a MTK6517 Dual Core processor clocked at 1 GHz, it is equipped mediocre PowerVR SGX 531 GPU. In terms of Storage Specifications, UMI XE is equipped with 256MB RAM, 128MB internal memory which can be easily expanded up to 16 GB via micro SD card slot. UMI XE supports Dual Sim with Dual Stand by technology. Briefing it’s Photography Specifications, UMI XE comes with a primary camera rated at 2 MEGAPIXEL with LED flash technology which enable the users to capture images even at a low vision, a secondary camera rated at VGA is also supported.

Enumerating the device Connectivity supports, this device supports 2G, Wi-Fi, Bluetooth, micro USB and 3.5mm audio jack, however it does not support 3G which is the main drawback of this smartphone. Some of the other features it includes Ebook, Email, Messaging, wallpapers, calendar, calculator, clock, camera, Play Store and many more. To make the life going on for this handset, it is equipped with 2 x 2050 mAh standard Li-ion battery with 2 to 3 days standby time.

Inside the packet, you will get a handset, a battery, a 3.5 mm earphone, USB Cable, a charger, Screen protector, case and a user manual.