After making a strong impact in overseas, Chinese manufacturer, “Gionee Mobiles” is strongly gearing up to encompass it’s network extension and uplifts their portfolio in India. And to do so, Gionee has launched a low cost budget Android phone named, ” Gionee P1″ and a basic feature phone named, “Gionee L800” to venture in the budget conscious Android smartphone and basic feature phone segments. 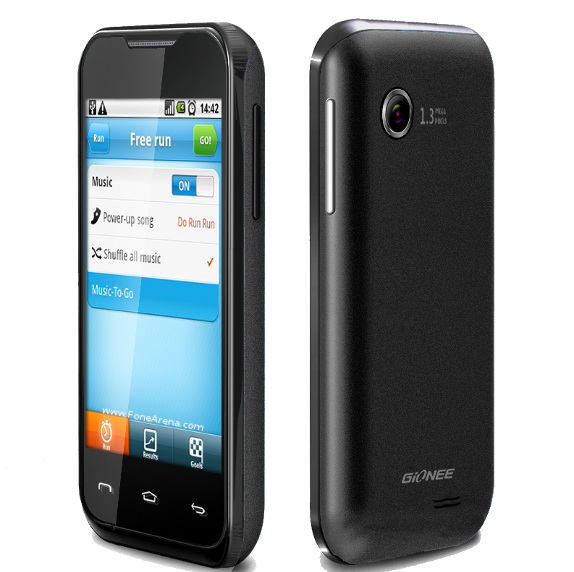 Recently, just a few weeks ago company introduces Gionee Dream D1 and registered it’s entry as a strong antecedent in the gadgets arena worldwide. Eying towards the specifications and picking up the first in the line up, “Gionee P1”. In terms of frame up, Gionee P1 sports 3.5 inch capacitive touchscreen display with 480×320 of pixels resolutions. Dealing with it’s Platfrom dependency, it runs on the outdated Android 2.3 Gingerbread Operating System powered with a MediaTek MT6515 Single Core processor clocked at 1 GHz. Incorporating the same feature which we see in almost all the Chinese manufactured devices, this device also supports Dual Sim with Dual Stand by technology. In terms of Storage Specifications, Gionee P1 is equipped with 256 MB RAM, 512 MB Internal memory which is expandable up to 32 GB via micro SD card slot.

Dealing with it’s Photography, Gionee P1 is offered with a primary camera rated at 2 MEGAPIXEL and a secondary camera rated at 0.3 MEGAPIXEL for video calling. Briefing it’s Connectivity support, Gionee P1 support 3G, 2G, Bluetooth, Wi-Fi 802.11 b/g, micro USB, 3.5mm audio jack and a GPS. To power it up, it is equipped with 1500 mAh of battery with 5-6 hours of talktime.

The Price of Gionee P1 is Rs 4,499 along with a screen guard and a free 4GB micro SD card. It is available for sale so if you want all the freebies then they are available for a limited period offer only.

Shifting the shaft towards the second line up in the series, in terms of display Gionee L800 features 2.8-inch QVGA display. Gionee L800 is a Dual Sim Java ready Smart phones with 64 MB RAM, 128 MB Internal memory which can be expandable via micro SD card slot. Some of the pre-loaded applications includes Facebook, Twitter, Yahoo Messenger, Cricket, Opera mini and many more. 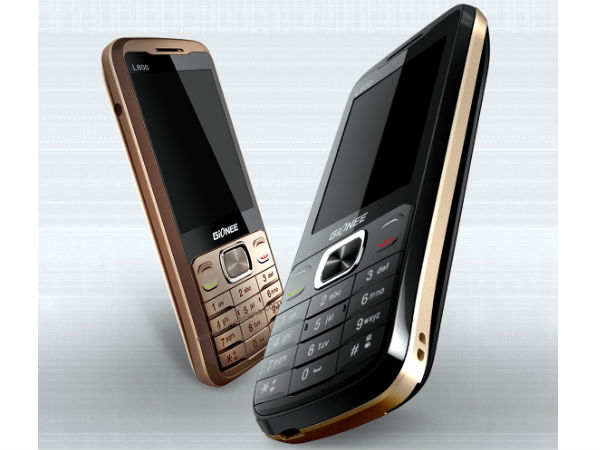 To make the life going on for this handset, Gionee L800 is equipped with 3,000 mAh of Lithium Polymer battery which claimed up to 30 days standby with a single charge. In terms of Image Optics, Gionee L800 offered with a primary camera rated at 1.3 MEGAPIXEL.

Other basic features would include MP4 player, Wireless FM Radio, 1000 phonebook memory, 500 SMS memory, 2G EDGE / GPRS and Gionee L800 is available in Black and Golden color variants. Just like the Gionee P1, the company has introduced an introductory offer for Gionee L800 as well, where the buyers would be given 4 GB memory card and Phone pouch absolutely free.